Meet the women behind the moment of national applause 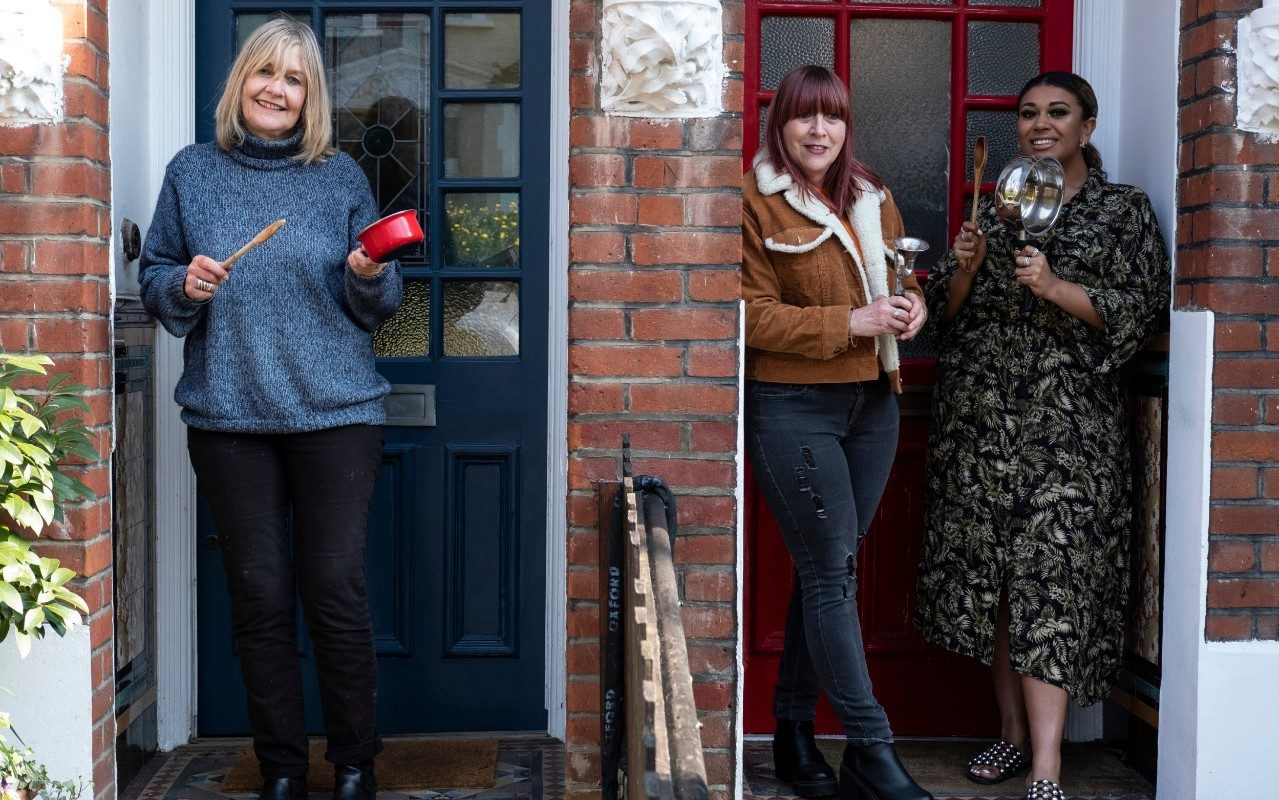 The nationwide clap for healthcare workers on the frontline against coronavirus started its journey on a terraced street in North London 10 days ago. Dorothy Boswell, 67, heard her neighbours had been standing on their front doorstep every evening and clapping for the NHS, much to their daughter’s embarrassment.

Ms Boswell, who was self-isolating because of a lung condition, typed a message on a local Facebook group inviting residents to join her in the applause. “Singing, dancing and musical instruments all welcome – just make sure you keep a house width apart,” she wrote. “9pm on a doorstep near you.”

Eight people joined her on Wednesday night, and double that the next day. The event quickly gathered pace until, just over a week later, the whole country was clapping.

“It’s a nice punctuation to what for many people will be quite strange days,” Ms Boswell told the Telegraph. “You open your door, see other people, and wave to them. It makes you feel like we’re all in it together.”

Ms Boswell, a retired counsellor, added that she often takes a glass of wine, saucepan and wooden spoon with her to her doorstep.

“It’s nice to feel like you’re not isolated, and to let off steam – especially for the children,” she said. “Some of us are banging saucepan lids and a neighbour has a hooter. It’s really lovely.”

On Thursday night, as the nation joined in, people also set off fireworks and lit buildings in blue in honour of the NHS.

It was Annemarie Plas, a yoga teacher, who separately started the nationwide campaign to #ClapForOurCarers. Ms Plas, who had seen a similar event in her homeland, Holland, created a social media invite that said, “In these unprecedented times [our carers] need to know that we are grateful.”

“My friends sent me print screens of people who had posted it,” said Plas. “The cherry on the cake, Victoria Beckham, willing to open up her reach to spread the message, which made me feel, ‘OK, maybe it’s going to happen’.”

Ms Plas is calling for a nationwide clap every Thursday at 8pm. But Ms Boswell has bigger ambitions. She plans to keep the applause going every night on her street in north London. Before long, she said, it could become a nationwide singalong.

“We have a lot of good musicians in the street who play at street parties,” said Ms Boswell. “They’re threatening to bring out their guitars, banjos and make a song out of it.”

One option is ‘You Are My Sunshine’, which Gareth Malone has been teaching to Ms Boswell and thousands more in his ‘Great British Home Chorus’ this week.

The first neighbour to start the clap, Susan Feldman, said it was “a bit embarrassing the first night”, but their proximity to the Whittington Hospital and Ms Boswell’s encouragement spurred them on.

“We all felt a bit foolish but the reaction from neighbours was encouraging,” said Mrs Feldman. “It is a chance to keep an eye on each other. Jake, two doors down said he looks forward to 7pm. He lives alone. It lasts ten minutes and is fun and humbling.”

Ms Boswell, a volunteer for Future Matters, a community-based organisation that encourages people to think about end of life care, said she isn’t scared about Covid-19.

“I’m not worried for myself even though I’m self isolating,” said Ms Boswell. “I’ve had a very nice life and, if it comes down to it, I would rather they gave a ventilator to a younger person.”

Instead, she thinks about her family when she applauds each night, including her son, as well as her brother, a social worker, and niece, a nurse.

“Last week, my son brought me some necessities, like sourdough, red wine and chocolate,” she said. “But we didn’t see each on Mother’s Day – we thought it would be silly.”

It is a comfort for Ms Boswell to know there is a close community around her.

“Fortunately we live in a street that is well connected because we have hosted street parties for the last decade,” she said. “It’s amazing how many people don’t talk to their neighbours. just getting an email list of your neighbours is really worthwhile.”

On Friday evening, Ms Boswell planned to bang her saucepan as Ms Harvey drove her car slowly down the street playing music. A community with spirit, despite the physical barriers.