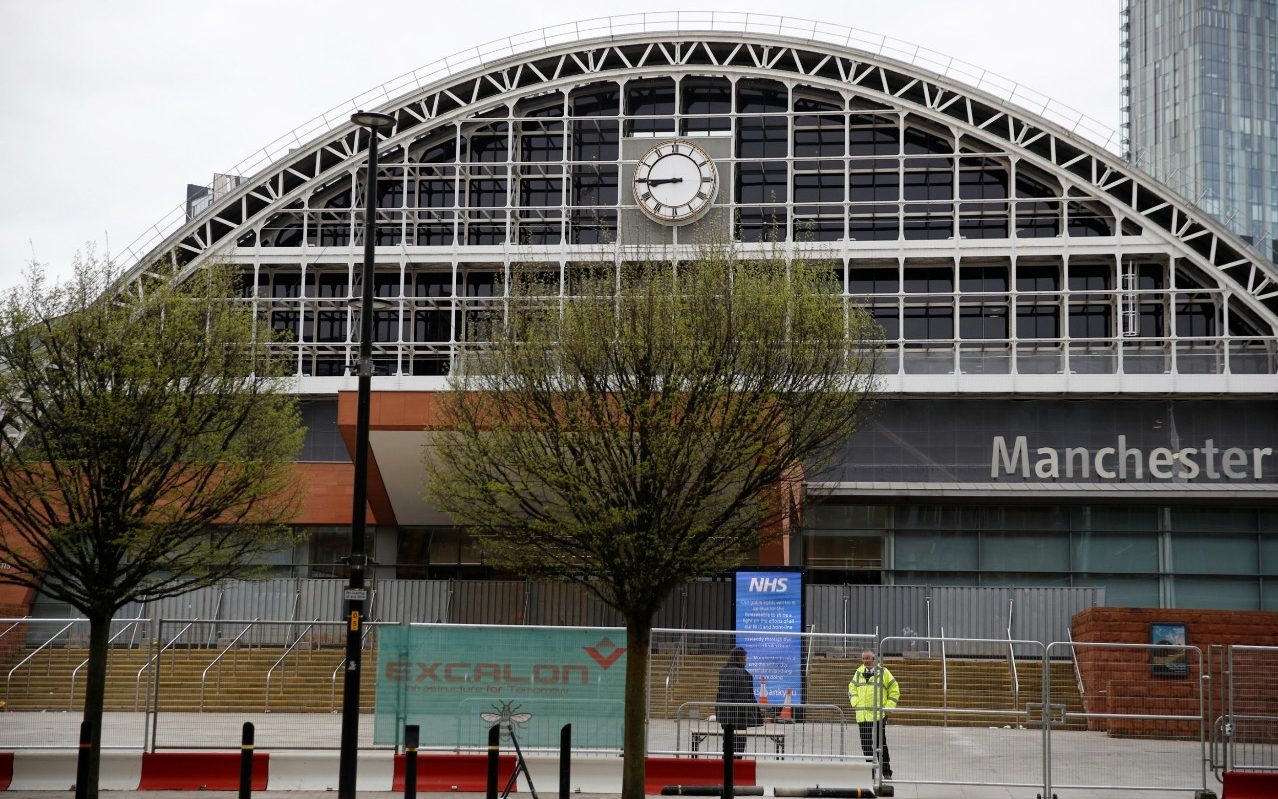 The military has drawn up plans to build 17 new coronavirus field hospitals, nine of which have already been green-lighted.

The Telegraph understands that the Covid Support Force, made up of 20,400 service personnel held on very high readiness from all three services, will help the Department of Health design and build the additional facilities across the UK.

There are currently 2,631 military personnel deployed on the 82 tasks requested by other Whitehall departments.

The NHS Nightingale Hospital based at the ExCeL conference centre, in east London, is now open, having been built in nine days.

Four other similar facilities are currently being constructed in England, which will provide hundreds of extra beds to local services if required.

The new hospitals in Birmingham and Manchester will each have 500 beds initially. The Manchester site will eventually have potential for 1,000 beds, with Birmingham housing twice that number.

The Bristol facility will be furnished with 300 beds at first, but could grow to 850 if required. The Harrogate hospital will have 500 beds in total.

Military personnel including soldiers from the Coldstream Guards have been delivering equipment to test front line NHS staff for coronavirus. The MoD said almost 100 troops had completed training at sites in Carrington and Port Talbot to assist NHS tankers distribute oxygen to hospitals across the country.

The MoD also confirmed that an RAF Chinook helicopter was deployed on Tuesday night to transfer a patient with serious health concerns from Jersey to University Hospital in Southampton. The evacuation was successfully completed in the early hours of Wednesday morning.

The Telegraph understands the decision to launch the helicopter was taken at local level by the on-scene military commander, without time being wasted by referring the decision to ministerial level or to a senior military chief.

There have been three such helicopter flights so far. Additionally an RAF A400 Atlas plane flew a patient from the Shetland Islands to hospital in Aberdeen on Monday.