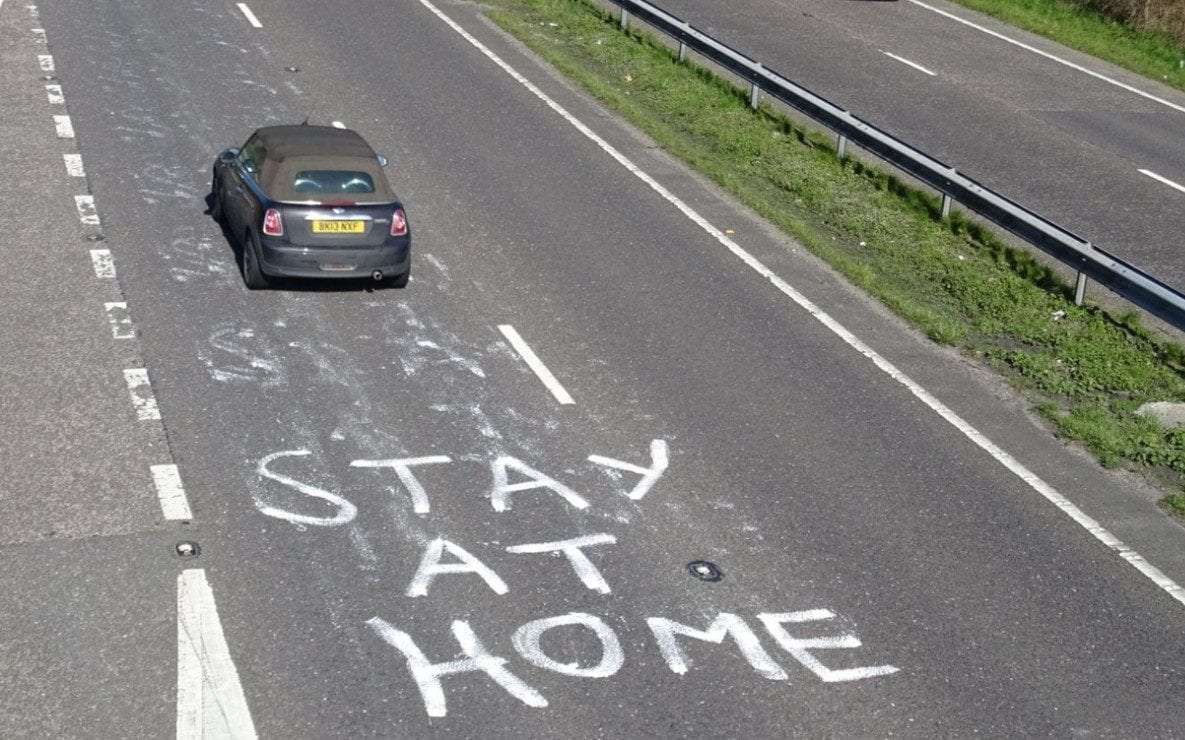 Polling suggests the government’s social distancing measures appear to be working – despite images of people flocking to Britain’s beauty spots at the weekend.

The latest survey for The Telegraph by Savanta found that the numbers of adults reporting that they had left their house are decreasing.

On Sunday, 56 per cent said they had left their house the day before, compared to 66 per cent on Saturday and 75 per cent on Wednesday.

The number of people working from home also appeared to spike on Sunday, up to 41 per cent compared to around a third (30-33 per cent) all last week.

The poll found general activity had reduced with fewer people saying on Sunday that they had gone to the supermarket (40 per cent down from nearly 50 per cent last week), suggesting that people have either stocked up or locked down, or both.

Over a quarter (27 to 29 per cent)said that they bought more than they would from Wednesday to Friday last week, down to one in five on Saturday and Sunday (19 to 20 per cent).

Savanta’s Chris Hopkins said: “The daily Savanta Covid-19 tracker saw changes in behaviour over the weekend as fewer people reported leaving their house and visiting the supermarket, while more reported video calling and making online purchases, although to what extent this is down to fewer commuters generally at the weekend, and Mother’s Day causing a spike in video calls, remains to be seen.

People were also asked their opinion on how key members of the government and their advisers were performing during the crisis:

“The numbers that are approving of how the Government is handling the outbreak in general, as well as its key figures and advisers on an individual level, continues to grow, although the support the government is providing for the self-employed remains an area in which the public think the government is lacking.”

Video calling appeared to go up from 29 per cent to 33 per cent from Saturday to Sunday, while the number of people who said they had made an online purchase jumped from 27 per cent on Saturday to 31 per cent on Sunday.

The vast majority (see the poll results below) said they had watched the Prime Minister’s press conference on Sunday – either live or on catch up – although still around one in seven (12 to 17 per cent) said they new nothing about the daily Downing Street briefings.

Sixty per cent said they approved of the government’s approach on Sunday, up from 51 per cent last Weds. However, 54 per cent said Mr Johnson’s administration was not supporting the self-employed, up from 47 per cent on Saturday.

Asked how worried they were about Covid-19, 21 per cent said more worried than ever on Sunday, up from 15 per cent the day before.