Number of coronavirus deaths in care homes could be as high as 7,500, according to new estimate 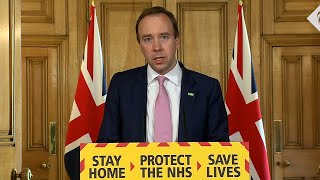 Care England, which represents around 3,800 homes and more than 50,000 residents, gathered data by “taking a sounding” from its homes.

Its estimate comes amid a growing row about the extent of the coronavirus crisis in care homes and the Government’s response, as data from Public Health England confirmed that the elderly have been hardest hit by the virus, with 69 per cent of those who have died aged over 70.

Earlier this week, the Government was accused of misleading the public about the scale of the pandemic because it failed to include care home deaths in its daily briefings. Healthcare workers warned that deaths in care homes have been substantially underestimated by official figures.

Charities said the new data “will send a chill down the spine of anyone with a loved one living in a care home” as they renewed calls for increased provision of personal protective equipment (PPE) to help keep residents and carers safe.

Earlier this week, a leaked letter from care home bosses accused Number 10 of a “shambolic” response to the sector’s crisis, with “paltry” and “haphazard” deliveries of PPE.

Matt Hancock, the Health Secretary said during the daily Downing Street briefing on Thursday that only 15 per cent of care homes had been hit by Covid-19. He told the health and social care committee on Friday that data on the deaths of care home residents with coronavirus will be published “very shortly”.

His pledge came as care professionals claimed they have not seen £1.6 billion which Rishi Sunak, the Chancellor,  announced had been set aside for social care. The Local Government Association (LGA) warned that, without a “cast-iron funding pledge”, councils will be heading towards “financial failure”.

Responding to the Care England data, Caroline Abrahams, the charity director at Age UK, said: “This is a shocking and utterly heartbreaking estimate that will send a chill down the spine of anyone with a loved one living in a care home.

“It emphasises just how crucial it is that the Government’s commitments on PPE and testing in care homes are implemented successfully and at speed.

“As we have feared for some time, what’s going on in care homes – not only here but in many other countries too – is a tragedy in the making. It’s too late to avert this entirely, but there’s still time to make a positive difference and save many lives, of staff as well as older people.

“Central and local government and  the care home sector must work together to make this happen. And later, possibly a lot later, we have to ensure this can never happen again.”