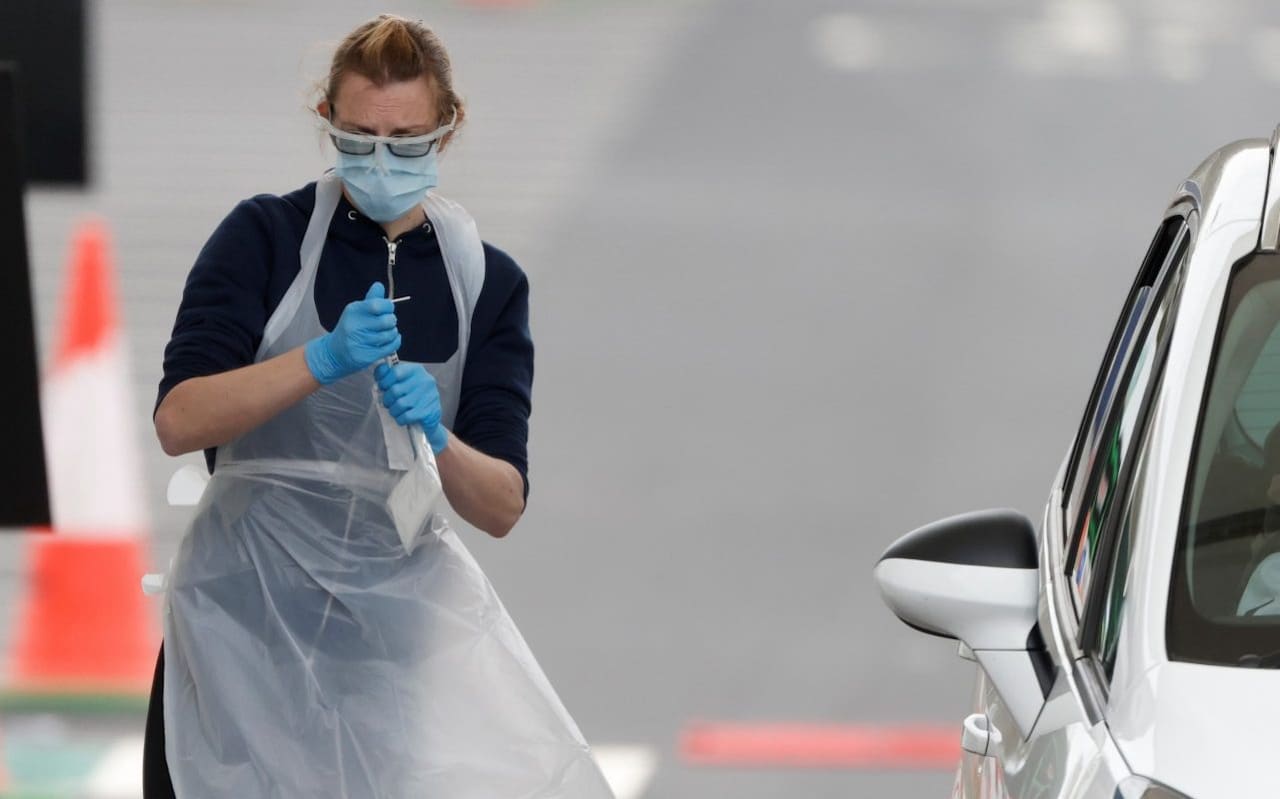 Nurses are treating coronavirus patients while “holding their breath” as a result of shortages of protective masks, doctors have claimed.

A dossier being compiled by the Doctors’ Association, a lobbying group, contains a series of alarming claims of medics being unable to access the equipment they need in the last week, to protect themselves from becoming infected.

Amid warnings of shortages across the country, Matt Hancock, the Health Secretary, has insisted that “the quantity of the stuff is not the problem. The challenge is getting it to every single one of the 1.4 million NHS staff,” he said.

Last week he added that a record amount of PPE had been shipped to hospitals with the help of the military.

But Dr Rinesh Parmar, chairman of the Doctors’ Association UK and an intensive care doctor, said: “Broken promises to supply every hospital and GP practice with PPE have left doctors with no option but to take the matters into their own hands.

“The Doctors’ Association UK have collaborated with Messly to produce a free app that allows doctors to report what PPE is available on a daily basis. We’re calling on Matt Hancock to engage with us so that we can identify in real time where there are shortages and ensure that staff receive the equipment they desperately need.”

The data compiled by the Doctors’ Association so far includes a report by a doctor at Ipswich hospital, who told the group via its new app: “Nurses on COVID wards [are] telling me they have major concerns about PPE and their safety.

“They have told me they have been told off for wearing FFP3 masks by the Sister.

“They are telling me that they go into Covid positive bays/rooms holding their breath.”

Public Health England guidelines state that FFP3 respirator masks should be used by medics involved in “aerosol generating procedures” (AGPs), that are likely to involve the transmission of viral droplets, including fitting ventilators, as well as in “higher risk” areas of a hospital with possible or confirmed cases. At the end of last week PHE significantly strengthened the rules governing the use of PPE.

But a report filed by a doctor at Kettering General Hospital last week stated: “I’m being denied access to appropriate PPE like FFP3 masks and eye protection when doing aerosol generating procedures.”

Another doctor at Ealing hospital, said: “Almost never any goggles, maybe had twice in 10 days. Having to reuse FFP3 masks for days sometimes.

“Nurses extremely worried about lack of PPE – even patients who are barn door COVID and radiologically diagnoses [sic] we are told we can’t have full PPE until swab is confirmed ( a day later).”

PHE guidelines state that FFP3 masks should be discarded after each aerosol generating procedure, or after one shift in a ward with possible or confirmed Covid-19 patients.

A surgeon at Manchester Royal Infirmary said the hospital had “run out of masks” at one point last week. “Might have to operate on suspected cases without adequate protection,” the surgeon said. “Been told we’re waiting for masks.”  The trust declined to comment.

Meanwhile, a doctor at Stepping Hill hospital in Stockport, said: “Visors being re-used because we don’t have enough, we’re not sure whether they are being adequately cleaned. Masks being rationed, particularly in the Emergency Department and the wards.”

Dr Parmar added: “It is more important than ever in light of the tragic loss of NHS colleagues that we protect the frontline with adequate PPE. “

Spokesmen for Ipswich, Stepping Hill and Ealing hospitals all said their trusts were following the new national guidelines on PPE requirements for staff. A spokesman for Stepping Hill hospital added: “There is no rationing.”

A spokesman for London North West University Healthcare trust, which includes Ealing hospital, said it would be “issuing a reminder” to staff on “what protective equipment they should be wearing and how they can access it”.

Yesterday spokesman for Kettering hospital said they could “state with certainty that this does not apply to Kettering General Hospital”, but declined to say whether they had experienced earlier shortages.

An spokesman for NHS England said: “The Department of Health and Social Care has secured millions more items of personal protective equipment which is going out to frontline staff, and every NHS and hospital trust in England should have received a delivery.”

Yesterday a No 10 official said: “There have certainly been issues with not so much having the supplies, but in making sure that we got them to the right place. We hope that we’ve resolved that but we have at the same time got a hotline in place so if hospitals do have any shortages … they can call that 24 hours a day and we’ll get it to them as a matter of urgency.”