Nurses told they can refuse to treat coronavirus patients unless they have proper PPE, new RCN guidelines say 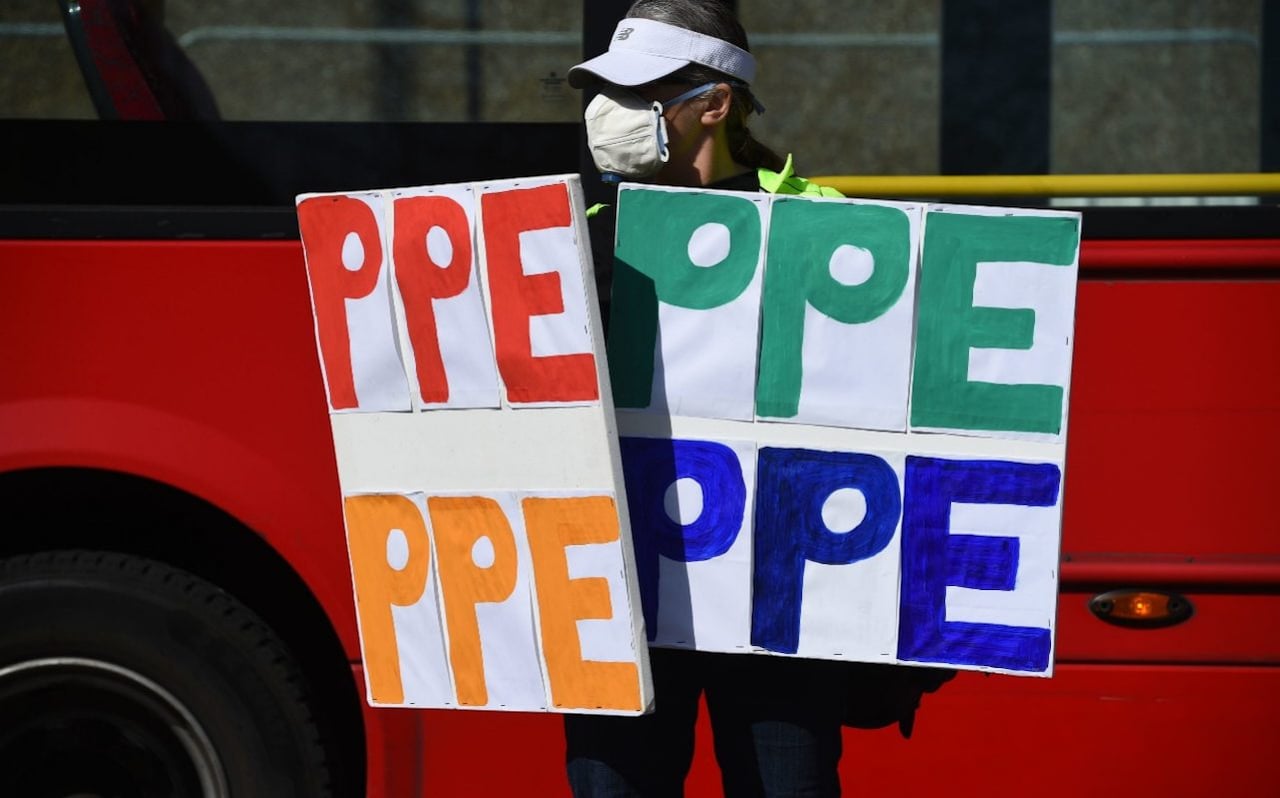 Nurses can refuse to treat coronavirus patients if they do not have adequate protective clothing, Britain’s largest nursing union has advised its members.

The Royal College of Nursing (RCN) has issued new guidance amid fears that frontline workers are still being placed at risk because of a lack of gowns and masks.

Consultant Dr Tim Rogerson warned on Sunday that around half of the A&E consultant staff at the Royal Gwent Hospital in Newport, South Wales, had tested positive for coronavirus, and four in 10 nurses.

At least 19 NHS workers have now died after contracting the virus including one consultant who had made a direct appeal to Boris Johnson, the Prime Minister about a lack of personal protective equipment (PPE), days before he was admitted to hospital.

Large NHS hospitals are being forced to source protective equipment from China and commission flights back to the UK in an attempt to boost their supplies, The Telegraph revealed this weekend.

The new guidance from the RCN advises that nurses should refuse to treat coronavirus patients ‘as a last resort’ if they are not given adequate protection.

The advice states: “If the employer does not provide appropriate PPE and a safe working environment, as an employee you can refuse to care for a patient but you must follow RCN guidance before making this decision.”

But ministers have been accused of being too slow in calling for help, putting health workers at risk and allowing them to potentially spread the virus through hospitals.

The Business Secretary Alok Sharma, said that health staff should not be put in a position where they have to consider withdrawing care due to a lack of protection.

Speaking on Sky News’ Sophy Ridge On Sunday programme, Mr Sharma said: “No medical professional should be placed in a position where they have to make that choice.

Later on the BBC’s Andrew Marr programme when pressed repeatedly about lack of PPE in care homes Mr Sharma added: “I accept there has been a challenge. We are in unprecedented times and there is an international demand for PPE out there and that does have an impact.

“I am incredibly sorry that people feel they are not able to get this equipment.”

Among the latest health workers to die during the outbreak were Sara Trollope, a matron for older adult mental health services in Hillingdon, west London, who died after testing positive for the virus and Julie Omar, 52, a trauma and orthopaedics nurse at Redditch’s Alexandra Hospital, in Worcestershire, who died at home while self-isolating with symptoms.

Mr Sharma said demand for PPE was well beyond anything like what it would be outside of a pandemic and that there was a ‘unified effort’ to deliver more supplies.

The Cabinet minister added: “In a normal circumstance, you would have us providing PPE to about 233 hospital trusts across the country. We are now talking about supplying 58,000 NHS and social care settings.”

However Labour leader Sir Keir Starmer backed the RCN’s decision to hand out fresh advice and said ministers’ ambitions on PPE supply were not being realised.

“We have seen just this weekend a real issue about protective equipment, with the government saying one thing and the frontline saying another.

“Now, I don’t doubt that government is doing everything it can to get the protective equipment to the people that need it, as quickly as possible and I don’t pretend it is not a very difficult thing to do but there is a mismatch

“I think it would be smart of the government to acknowledge that their ambition for the equipment to be where it should be in the right quantity at the right time, isn’t being matched and probably just apologise for that and get on with it.”