Office chairs should be switched for squatting or kneeling to stay healthy, study of hunter-gatherer tribe suggests 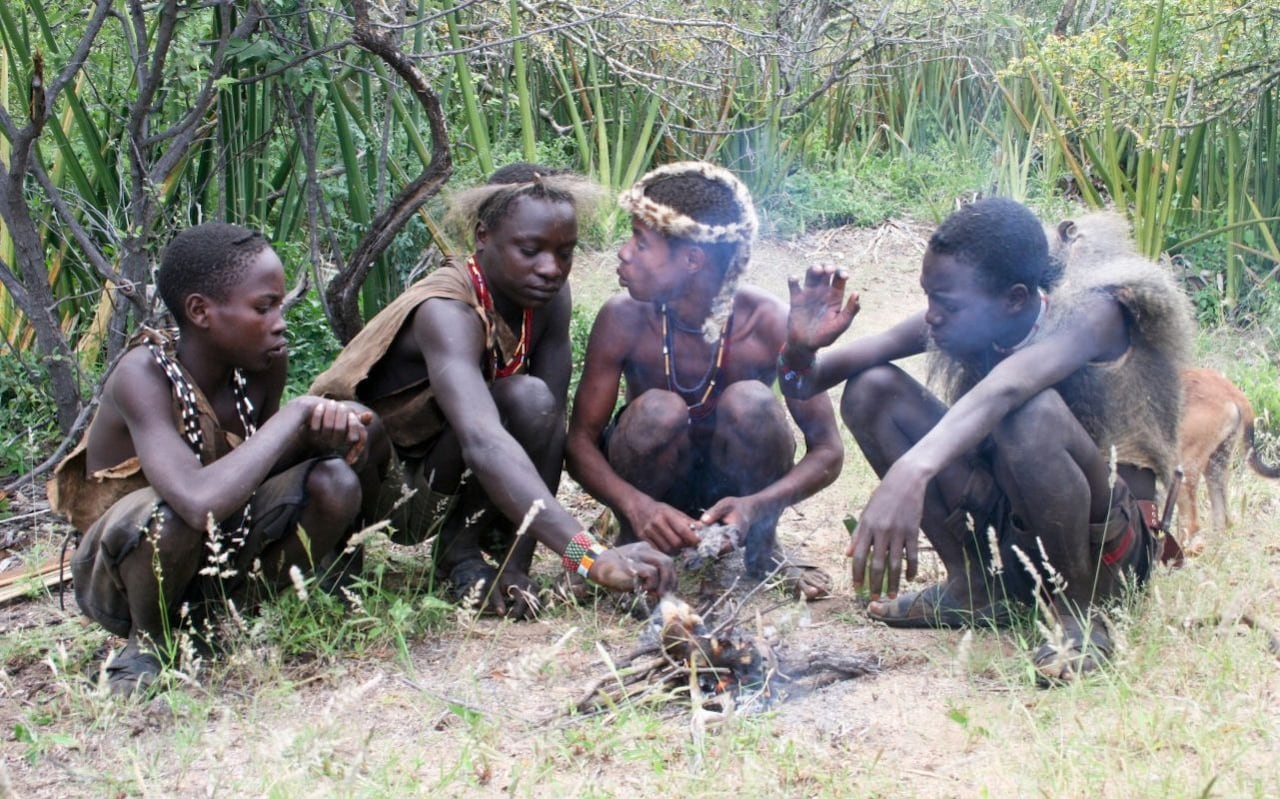 The heads of smug colleagues bobbing above their adjustable standing desks may have become a popular sight across UK offices.

Yet anthropologists claim that those keen to stave off chronic diseases should consider going one step further – by replacing desks with squatting or kneeling postures to combat inactivity.

After studying a remote Tanzanian tribe who – in contrast to “industrialised societies”, do not use furniture – scientists from Californian universities found that the Hadza people were less likely to suffer from chronic diseases.

The researchers discovered that despite being sedentary for almost 10 hours each day – similar to clocking a shift in the office at the desk –  the Hadza people, of the east African country of Tanzania, appeared to lack the markers of chronic diseases usually associated with long periods of sitting.

Despite remaining in “resting postures” such as sitting and kneeling for long periods of time, the hunter-gatherers did not show any signs of the health conditions associated with a sedentary lifestyle – in contrast to their counterparts in industrialised communities.

As a result, the scientists said that replacing chairs with “more sustained active rest postures” should be explored as a potential way of replicating their good health.

Writing in their paper, entitled ‘Sitting, squatting, and the evolutionary biology of human inactivity’ and published today in the Proceedings of the National Academy of Sciences journal, the researchers concluded: “Replacing chair sitting and associated muscular inactivity with more sustained active rest postures may represent a behavioral paradigm that should be explored in future experimental work.

“While squatting is not a likely alternative, spending more time in postures that elicit low-level muscle activity could lead to more beneficial health outcomes.   “

Dr David Raichlen, a professor of biological sciences at the University of Southern California’s Dornsife College of Letters, Arts and Sciences, and lead author on the study, aded: “Even though there were long periods of inactivity, one of the key differences we noticed is that the Hadza are often resting in postures that require their muscles to maintain light levels of activity – either in a squat or kneeling.”

“Being a couch potato – or even sitting in an office chair – requires less muscle activity than squatting or kneeling,” he said.

“Since light levels of muscle activity require fuel, which generally means burning fats, then squatting and kneeling postures may not be as harmful as sitting in chairs.”

Prolonged sitting has been linked to an increased risk of cardiovascular disease and death, but according to the researchers, this contradicts the evolutionary aspect which favours strategies that conserve energy.

The latest findings are based on data gathered from a hunter-gatherer population in Tanzania who wore devices that measured physical activity as well as periods of rest. They believe this is down to the “active rest postures” used by the tribe.

To find out more, the researchers looked at the data from 28 Hadza adults who wore devices, known as accelerometers, for eight days and compared it with the information gathered from previous studies that measured inactivity in modern working populations.

They found that their test subjects had high levels of physical activity for just over an hour a day alongside several hours of inactivity, between nine to 10 hours a day.

However despite remaining in resting postures for long periods of time, the Hazda people did not show any signs of the health conditions associated with a sedentary lifestyle.

The researchers said is because the Hazda squatting and kneeling uses more muscle movement than sitting on a chair. They believe these active rest postures may help “protect people from the harmful effects of inactivity”.

Brian Wood, an anthropologist at the University of California, and one of the study authors, added: “Preferences or behaviours that conserve energy have been key to our species’ evolutionary success.

“But when environments change rapidly, these same preferences can lead to less optimal outcomes. Prolonged sitting is one example.”

The Hadza people are considered one of the last hunter-gatherer tribes in Africa and comprise of approximately 1,300 tribe members. The Hadza remain an important focus area for anthropologists, as they represent a modern link to ways of human existence and survival largely abandoned by most of humanity.

The Hadza survive by hunting their food with hand-made bows and arrows and foraging for edible plants.