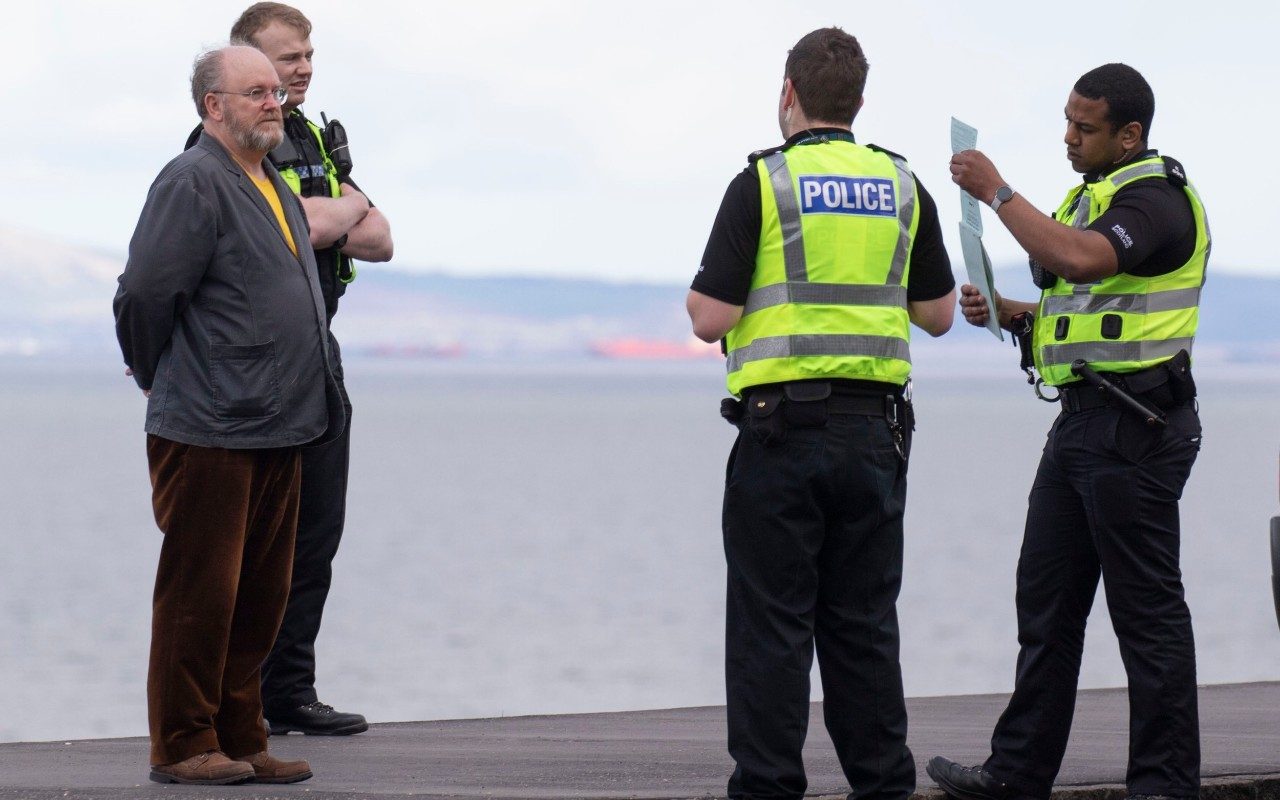 Police chiefs have hit back over claims they are creating a “police state”but said they were “finding their way” and seeking a nationally consistent approach to enforcing the coronavirus lockdown.

Responding to criticism that police have been “over-zealous” in fining the public for breaching social distancing rules, West Midlands Police Chief Constable Dave Thompson said accusations of a police state were “off the mark”.

In a series of tweets, Chief Constable Thompson admitted there had been a “small number of cases” where policing “could have been done differently”.

He did not specify the incidents, but there have been cases of police fining individuals £60 for buying “non-essential” goods from a store, going out for a drive “due to boredom” and placing removable two-metre lines on the public footpath outside their shop to maintain customers’ separation.

Lord Sumption, a former justice of the Supreme Court, accused one police force of “disgraceful” behaviour akin to a “police state” and acting like “glorified school prefects” in enforcing the Government’s social distancing regulations.

Chief Constable Thompson said: “Officers and staff are doing their best, and the public are following the advice. The use of powers is minimal.

“There have been a small number of cases I have seen where I think this could have been done differently. However comments re police state are widely off the mark. Time to be supporting the police as staff are doing a marvellous job in difficult circumstances.”

Martin Hewitt, the chair of the National Police Chiefs’ Council (NPCC), wrote to police chiefs on Saturday urging them to adopt a nationally consistent approach to the regulations, which give powers to police to fine people who breach the Government’s lockdown.

Guidance, issued last week to police forces and to be published on Tuesday, told police to engage, explain and encourage people to abide by the rules and only to use enforcement action as a last resort.

It urged officers to adopt a “single style and tone” and an “inquisitive” questioning mindset to find out why people were not at home.

Mr Hewitt said police had to respond “proportionately” and maintain the “friendly and engaging” approach that characterised the British tradition of policing by consent, but admitted: “We are finding our way and, as has been reported, I have been pushing to get consistency. We are learning from things that are happening.”

Asked about Derbyshire Police’s decision to put black dye into the Blue Lagoon to deter people from going to the beauty spot, he acknowledged that the NPCC was “looking at every incident” and said it was “adjusting” to the new measures.

Asked about inconsistencies between Lancashire having issued 123 fines and Bedfordshire zero, he said police were trying to achieve consistency and co-ordinate forces.

Grant Shapps, the Transport Secretary, said there had been “one or two instances” of police being heavy-handed with enforcement measures on social distancing and staying at home but added that, in the main, forces were being “sensible”.

He told BBC Breakfast: “I think the police are doing a difficult job. There will be one or two instances where they have perhaps not approached it in the right way, but in general actually, across the country, not only are people complying very well but, generally speaking, the police are taking a very sensible approach to it.”

Asked why the NPCC had thought it necessary to call for consistent guidelines to be followed, Mr Shapps said there had been issues that police were trying to iron out.

“I think there are, if I may describe them as such, teething problems or the police trying to work out which is the most effective and best approach,” he added. “I will leave that to the police. That letter sounds sensible to try and introduce a degree of consistency.

“Again, I think everyone is on the side of trying to get on top of this thing, and you do that by staying home and, of course, the police can help by applying those rules consistently.”