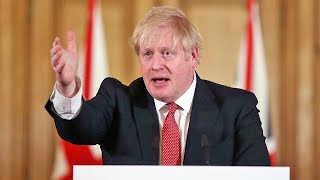 One million members of the public could be sent antibody testing kits to check if they have ever had coronavirus within a couple of weeks, health officials have said.

Public Health England warned that around one third of people harbouring the virus – who may be able to pass it on – may never develop symptoms. They admitted that hospital staff who are “asymptomatic” may be fuelling the spread of the disease for want of basic protective equipment.

On Thursday, the NHS medical director announced an urgent review of the UK’s provision of personal protective equipment and said he expected it to be “critical” in many respects, including the failure to properly distribute it across the service.

Doctors have said they have felt like “lambs to the slaughter”, with many sent to treat patients with the virus without any protection.

It came as Sir Simon Stevens, head of the NHS, said 4,300 coronavirus patients are now in hospital, including around 2,000 in London. He said the health service now faces an even greater threat than World War Two as it battles the pandemic.

Officials have already said 3.5 million tests which establish whether a person has ever had the disease will be prioritised for key workers, including those working in hospitals, care homes and schools.

But on Thursday they said they hope to quickly move to making the postal kits far more widely available, which may mean deliveries via Amazon.

Professor Yvonne Doyle, Medical Director, Public Health England, told the health and social care committee: “There is a plan for a million tests, which people can do themselves. A million tests for members of the public. In other words, they will be able to take a blood test and send it back in the post and get that analysed.

“That is an antibody test that tells you whether you have had a condition. That is absolutely critical for two reasons – to understand what’s going on, but also to allow people to return to work.

“Now that is well advanced, but not ready yet. We need to be sure it’s an absolutely valid test. We expect that to come within a couple of weeks, but I wouldn’t want to over-promise on that.”

She said scientists were still trying to assess the risks posed by those carrying the virus who did not show signs of it , adding: “We think about 30 per cent of people may be in that category – they have harboured the virus – but what we don’t know is whether they adequately or effectively can transmit.”

Health officials were repeatedly questioned about the risks faced by doctors and nurses, many of whom have been left without personal protective equipment (PPE), and without tests to see if they have the virus.

Professor Stephen Powis, the NHS medical director, acknowledged a lack of confidence in the Government’s handling of the situation, with Britain’s use of such kit – and use of masks and gloves in situations where other countries use full Hazmat gear – putting it at odds with recommendations from the World Health Organisation.

He told a board meeting of NHS England: “The government’s chief scientific adviser, the chief medical officer and myself have, in the last day, asked for an independent rapid review to give us confidence … and the public confidence that we are indeed using guidance that is of that high standard.

“I expect that report to be available within the next day or two, and I think that will be critical amongst a number of other things such as supply chain.”

Dr Chaand Nagpaul, the chairman of the British Medical Association had earlier said the union was  “flooded with anxieties from doctors” about the lack of  PPE on the ground.

“When we ring up the helpline we’re told to buy them ourselves; that is the advice we’re getting,” he said.

He also raised concerns about “the adequacy of protection”, with medics saying the masks and aprons they have been given do not sufficiently protect them.

MPs on the Commons health and social care committee have repeatedly expressed frustration about the lack of testing in the UK.

PHE officials promised to carry out 25,000 tests a day by the end of April, and to reach 12,000 a day by Monday. However, just 6,643 were carried out on Thursday. The World Health Organisation has urged all countries to “test, test, test” in the war on the pandemic.

Labour MP Rosie Cooper said NHS workers and members of the public were “horrified” at the UK approach to the virus, saying the Government “has lost control of this, and is completely overwhelmed”.

“Which bit of ‘test, test, test’ didn’t we get?” she asked, when officials said lack of capacity for testing, rather than lack of money was to blame.

Prof Doyle also revealed that 98 per cent of those who have died from Covid-19 in the UK had underlying health conditions. “At the moment, it is very rare for people to die who do not have some other conditions,” she said.

Earlier, Chris Hopson, the chief executive of NHS Providers, said that as many as 50 per cent of clinicians in some hospitals are off work due to having to self-isolate.