Operations cancelled as hospitals come under pressure from Covid cases 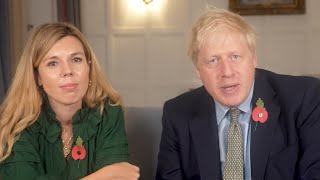 “Still, anyone with cancer or stroke or heart disease symptoms should absolutely continue to seek help from the NHS, because these urgent services are the priority right now.  The sooner the country bands together and helps get this latest outbreak under control, the faster we can get back to operating as normal.”

He said the projections were “between 2 and 4 times worse than the reasonable worst case scenario the NHS was asked by Government to plan against.”

“Put simply, we have lost control of the virus spread.”

A poll of more than 6,000 doctors by the British Medical Association showed only 15 per cent of them had started catching up on backlogs caused by the first lockdown.

Last week charity Macmillan Cancer Support said as many as 50,000 people in the UK have cancer which has not yet been diagnosed because of the disruption.

Versus Arthritis, the UK’s largest charity for people with arthritis, said around half a million people are now waiting in misery for orthopaedic operations.

A spokesperson for the NHS said: “Hospitals have used the opportunity over the summer since the first covid wave both to prepare for winter and to ramp up routine operations, screening and other services, and GPs are now providing more appointments than this time last year.

“The key to being able to sustain these services is ensuring rising coronavirus admissions dont displace other needed care, as is currently happening in some French, German and Dutch hospitals, as well as those in parts of the North West and Midlands.”