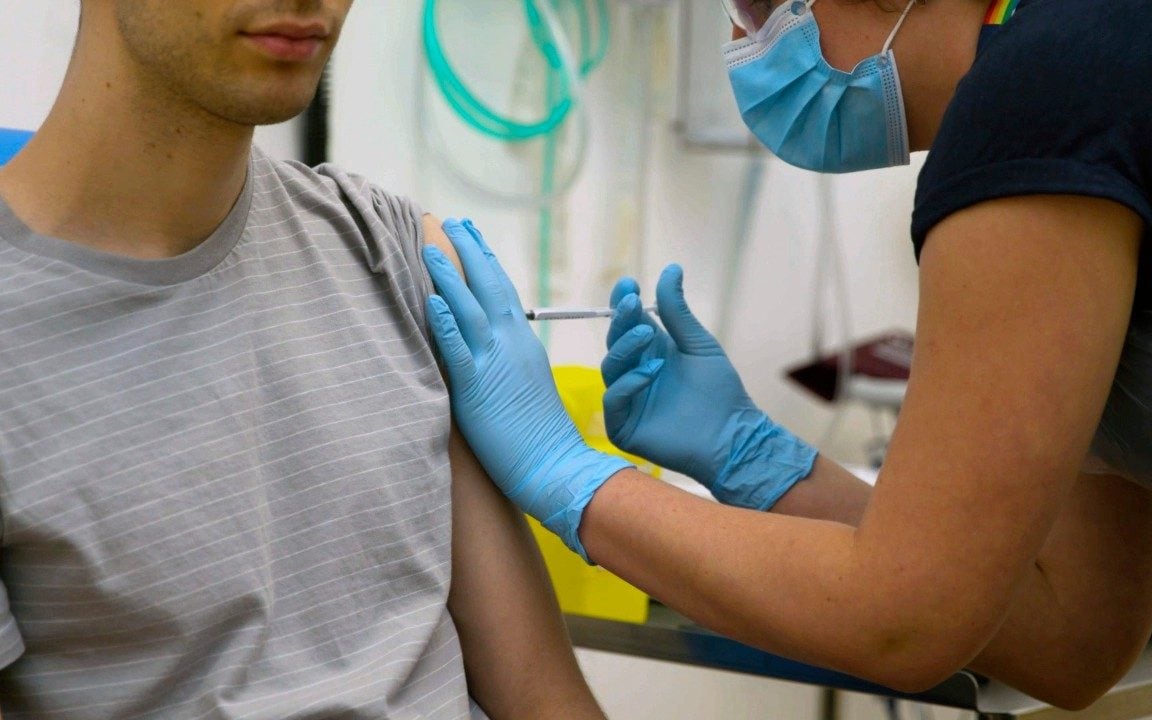 Work began in January on the vaccine, which uses a virus taken from chimpanzees and has been developed by the University of Oxford’s Jenner Institute and the Oxford Vaccine Group.

The first phase of trialling involved 160 healthy volunteers aged between 18 and 55.

Now scientists want to recruit more than 10,000 people across the country for phases two and three, which involve vastly increasing the number of volunteers and expanding the age range to include older adults and children.

Adult participants in the phase two and three groups will be randomised to receive one or two doses of either a vaccine known as ChAdOx1 nCoV-19, or a licensed vaccine (MenACWY) that will be used as a “control” for comparison.

ChAdOx1 nCoV-19 is made from a weakened version of a common cold virus from chimpanzees that has been genetically changed to make it impossible for it to grow in humans.

This has been combined with genes that make proteins from the Covid-19 virus (SARS-CoV-2) which play a key role in the infection pathway of the SARS-CoV-2 virus.

“There are two groups – the first are those over the age of 55, and they are divided into those being 55 and 70, and those who are over 70. And in that group we are looking very closely at immune responses, particularly in the oldest adults where often immune responses are a bit weaker [than] in younger adults.”

He said a second group of 10,000 frontline workers will also participate in the study.