Plan to test 150,000 symptomless people a day could cut coronavirus spread and quarantine 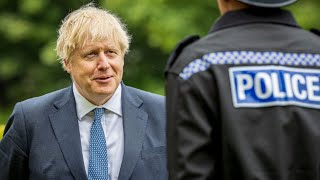 Health officials said the widespread rollout of “asymptomatic testing” could be used as a route to reducing the length of quarantine. However, it may also be used to keep watch on countries which pose a threat to the UK, meaning it could trigger additions to the quarantine list.

Baroness Harding, the head of NHS Test and Trace, said: “The NHS Test and Trace service is a vital part of enabling us to get back to safely doing the normal things we love, and will become ever more important as we approach winter.

“I urge everybody to get a free test as soon as you experience coronavirus symptoms and to follow the advice you’re given if you are contacted by the service. If we all continue to play our part, then together we can stop the spread of this virus.”

The latest figures from the Department of Health and Social Care, for the week ending July 22, show that 25 per cent of people who came into close contact with someone infected with coronavirus could not be reached by the service and asked to self-isolate. This was up from 10 per cent when the service launched eight weeks ago.

It came as the Government changed its advice on Thursday, meaning anyone with a cough, fever or loss of sense of smell or taste will be told to stay at home for 10 days rather than seven.

Health officials said those found to be negative will be freed from their confinement unless symptoms continue. Mr Hancock said the changes were a “precautionary approach”.

The UK chief medical officers have reviewed the research and concluded that there is “limited but strengthening evidence” that the virus may be transmitted between seven and nine days after people develop symptoms. But several scientists have questioned why action was only being taken now when many studies on this date back months.

Health officials are also concerned that the spread of the virus in places such as Blackburn, Oldham and Bradford is being fuelled by “loosely defined” households, with close contact between large extended families living in different homes.