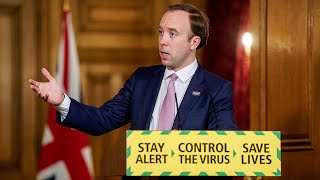 The “test and trace” system is getting slower at asking those who test positive for Covid-19 to hand over their contacts, new figures show.

The statistics show that just 22 per cent of cases were asked to hand over contact details within 24 hours of getting their test result – down from 24.6 per cent in a week.

Scientists have warned that test and trace will only work – and ease Britain out of lockdown – if test results are provided rapidly, and contacts reached soon after.

Last week the system was branded “not fit for purpose” amid concern about delays launching the programme, let alone making it “world class”.

Yesterday it emerged that the app which was supposed to be key to tracing efforts may not be launched until this winter.

The new figures show that three in four positive cases handed over information about their close contacts.

A total of 14,045 people who tested positive for Covid-19 in England had their case transferred to the NHS Test and Trace contact tracing system during the first two weeks of its operation, according to figures from the Department of Health & Social Care.

Of this total, 10,192 people (73 per cent) were reached and asked to provide details of recent contacts.

The figures cover the period May 28 to June 10.

Last week, the first set of statistics suggested that the figure for the first week was just 67 per cent. However, corrections to the figures suggest it was 72 per cent, since when it has risen slightly to 73.4 per cent.

The figures also show the number of cases referred to the service has fallen as infections continue to drop across the country.

In the first week the service was in operation, 51,851 people were identified as close contacts.

This fell to 44,895 people in the second week of service. Of those, 40,690 were reached and advised to self-isolate, meaning nearly one in ten were missed or refused to comply.

The programme was supposed to be backed by an app.

But on Wednesday, Lord Bethell, the minister responsible for the Government’s smartphone app, said it  was not a priority.

Health Secretary Matt Hancock has previously suggested that that it would be rolled out a month ago.

Lord Bethell told MPs: “We are seeking to get something going for the winter, but it isn’t the priority at the moment.”

He told the Science and Technology Committee that a pilot of the app on the Isle of Wight had been successful, but also showed that people prefer human contact to technological approaches.

He said that the Government was not feeling great time pressure over the app, and did not want to “poison the pool” by rushing something out that is not “quite right”.