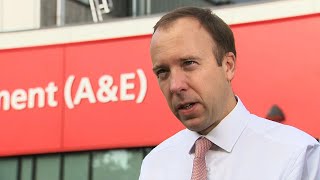 Private hospitals are seeing a boom in demand for treatments from new patients triggered by fears the NHS has been overwhelmed by Covid-19 cases.

The number of so-called “self pay” procedures and enquiries about treatment at private healthcare companies has soared in recent weeks following “pent up demand”, partly caused by people having missed routine checks during lockdown or patients fearing lengthy NHS waiting times.

Although many private hospitals are still supporting the NHS during the coronavirus pandemic, those now free also to carry out more private work say there has been a surge in demand for investigative checks, particularly for cancer and heart conditions.

HCA Healthcare, Ramsay Health Care and Spire Healthcare have all seen a marked increase in those seeking more routine work who do not have private insurance but pay up front for treatment.

Andrew Coombs, commercial director at HCA Healthcare, which has numerous private hospitals in London, said there had been a noticeable increase in the numbers of people coming from outside the capital, many trying to “catch-up” on check-ups.

“We are starting to see a substantial increase in our self pay patients compared with what we saw last year,” he said.

“People are also coming to our London hospitals from further afield than normal, particularly from the South and South West of England where we have seen between 25 and 35 per cent more self pay patients.

“It suggests people are seeking self pay treatment – particularly in diagnostic investigations – in the private sector when normally they may not have done so.”

Meanwhile, colonoscopy and endoscopy procedures have also seen a marked rise, possibly because getting routine investigative work had proven more difficult on the NHS.

A spokeswoman for Ramsay Health Care, which has 39 centres across England and is one of the largest independent providers of elective surgery to the NHS, said: “We have seen strong growth in both our insured and self pay activity over recent months particularly in joint replacements, general surgery and cancer services.”