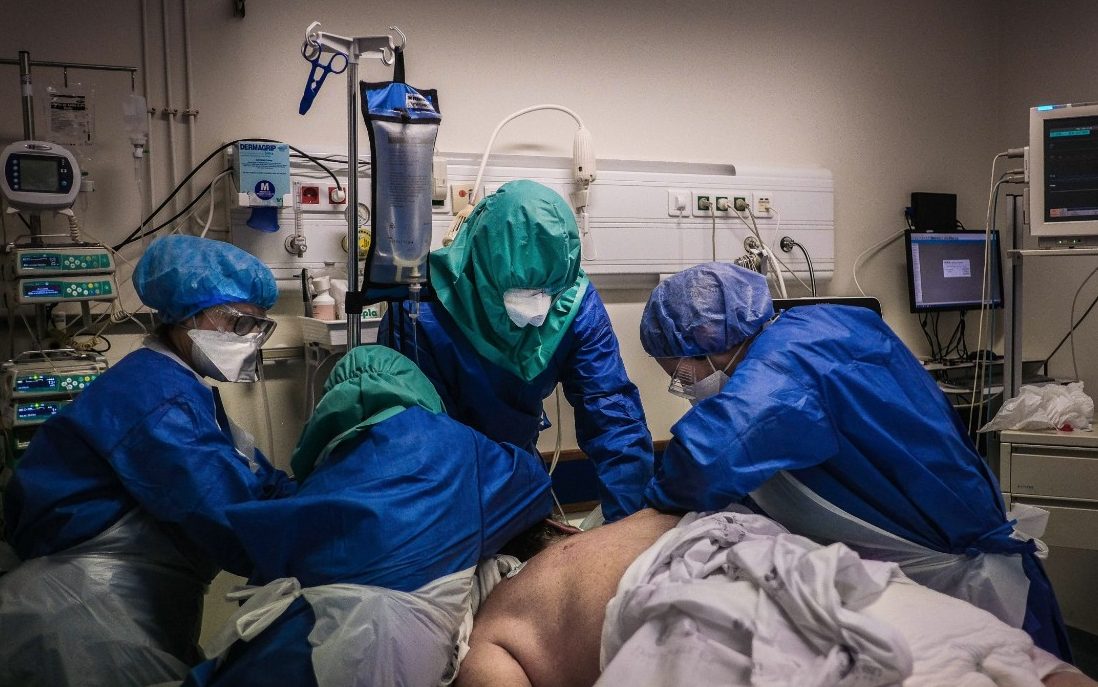 Nick Scriven, of the Society for Acute Medicine, said his hospital was proning conscious patients “with good results”. He said it appeared to keep many from needing increased care, including intensive care admission and non-invasive or invasive ventilation.

“We have been doing it for about two weeks. It came out on social media at first that people had had success with it, and now it is in guidance,” he said.

On Thursday, a man told how turning his wife on to her stomach during her coronavirus treatment had saved her life.

Adam Fresco told BBC Radio 4’s The World At One: “He [her doctor] explained what proning was, where you turn the patient onto their stomach for about 12, 15 hours and it promotes… it should promote oxygen flow, blood flow and improve the lungs.

“But he warned, because Stacey’s heart wasn’t working properly and her heart and her kidneys, it would probably kill her – the pressure on her heart would be fatal. But I remember saying to him, look, well she’s going to die anyway, and he said yes, so the three of us decided that there was nothing really to lose. We had to give it a shot.”

Asked whether he believes proning had saved his wife’s life, Mr Fresco said: “I definitely do. One of the doctors told me at one point that Stacey was the sickest person in the hospital and the doctor, Doctor Dave, was as adamant as anyone can be that Stacey was going to die. And if they hadn’t had done this, I’m convinced she would have done.”