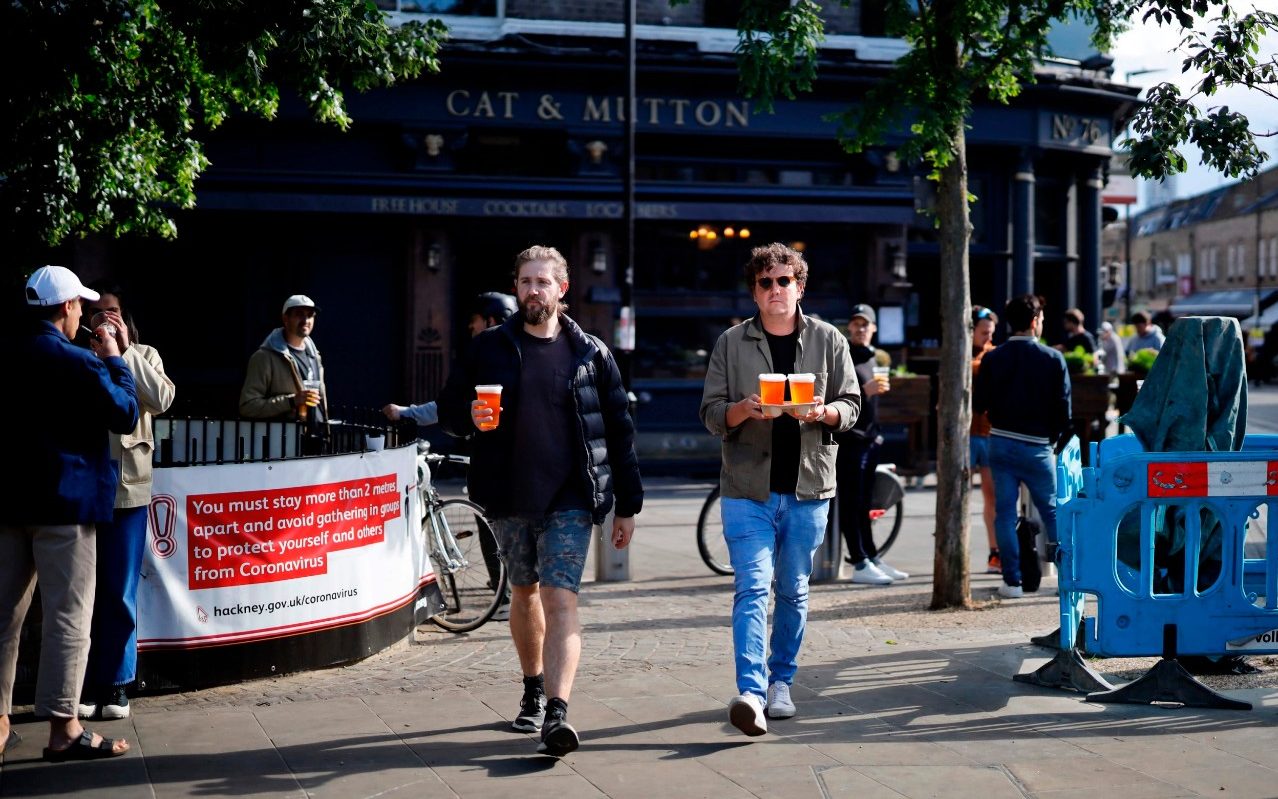 Sources said the possible early opening of pub beer gardens was due to be discussed at a meeting of Boris Johnson’s Cabinet on Tuesday. One source said: “Boris wants the boozers back open.”

Ministers are said to be keen to indicate a reopening of beer gardens ahead of Wednesday, the final date by which an employer can furlough an employee for the first time. One business source said: “They are keeping the Wednesday deadline quiet because [of fear] of a rush of applications.”

Alok Sharma, the Business Secretary, is examining the case for cutting Britain’s two-metre social distancing rule to allow for more customers to be served in commercial premises.

Robert Jenrick, the Communities Secretary, is meanwhile reviewing planning rules to make it easier for pubs and bars to use outdoor areas.

Pub groups reacted to the prospect of an early reopening with alarm, with the pubs trade body saying a minimum of three weeks was needed to prepare to reopen, including training staff in social distancing.

The Telegraph understands that the prospect of a June 22 opening was not raised at a meeting between industry leaders and ministers last Friday.

Emma McClarkin, the British Beer and Pubs Association’s chief executive, said: “The speculated date of 22nd June gives us only two weeks to get ready, which may not be enough time – hence why we need urgent clarity and a definite date from the Government.”