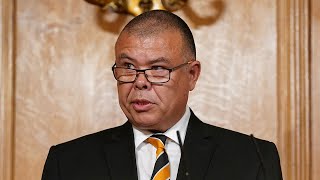 “Now is the time for us to re-engage, and to realise that this is a continuing threat to us.”

Younger people are “potent spreaders” infecting the elderly, he said, adding: “Where case numbers rise initially in the younger parts of the population, they do in turn filter through and start to give elevated rates of disease and hospital admissions in the older age groups, and we know that then becomes a serious public health problem.

“The fact that 17 to 21-year-olds are not becoming ill means they are lucky, but they also forget, because the disease is not severe for them, that they are potent spreaders.”

He added that hospital admissions and deaths in the UK were currently at “a very low level”.

Britain’s soaring cases raise the prospect that other nations could add the country to their travel quarantine lists.

When other countries reach a rate of 20 cases per 100,000 or above, the UK Government considers imposing quarantine conditions on people travelling to Britain.

The threshold has seen holidaymakers returning from France, Croatia, Spain and other countries forced to self-isolate for 14 days on their return.

From 4am on Wednesday, seven Greek islands will be added to Britain’s quarantine list, with those returning from  Lesvos, Tinos, Serifos, Mykonos, Crete, Santorini and Zakynthos (also known as Zante) losing their exemptions from the UK’s travel corridor.

However, every country runs its own surveillance system and sets its own thresholds, meaning no changes are automatic.

Nearly 6,000 new confirmed cases of Covid-19 have been reported in the UK in the 48 hours to 9am on Monday, with the daily rate now 50 per cent higher than it was before the weekend.

The latest weekly statistics show almost one third of infections in England are among those in their 20s, with more than 2,000 cases among those aged between 20 and 29.

Matt Hancock, the Health Secretary, said on Monday that while earlier rises in the spread of the virus had been linked to poorer areas, the latest rises appeared to be driven by wealthier young people.