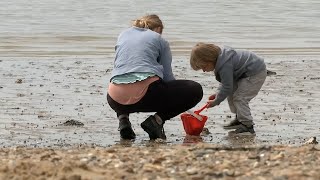 The model calculates that Bath, north-east Somerset, west Berkshire, Wokingham, the West Midlands and Blackpool have the most “headroom” to increase movement and get the economy moving again.

However the Isle of Wight, Southend-on-Sea, Stockton-on-Tees, north Somerset and York have the least room for manoeuvre because cases in those areas are still increasing, the researchers say.

London also has plenty of room for release from lockdown, the model shows, primarily because mobility has fallen dramatically since March 23 to to stand 63 per cent below the norm. It shows that movement could rise to 52 per cent below normal before the virus would begin to rise again in the capital.

Ian Mulheirn, the executive director and chief economist at the Tony Blair Foundation said: “This does show that it might be wise to take a more regional approach and to be more targeted because we don’t want to go above one [in the virus reproductive ‘R’ rate] nationally.

“There are some areas where things are fine and lockdown is jeopardising people’s jobs and livelihoods, so there is a case for doing it more regionally and this is a tool that could help that.

“London was in the vanguard of locking down, so there was a much more real sense of concern, which is why mobility dropped farthest and fastest – which probably does mean that London might be ahead of the curve.

“There hasn’t been much of a relationship between density of the population and rate of spread since the earliest days of the outbreak, and London has been spreading less quickly than anywhere else. We have seen that some rural outbreaks have been pretty bad, so it could be that people weren’t taking it as seriously as at first because there were not that many cases.”