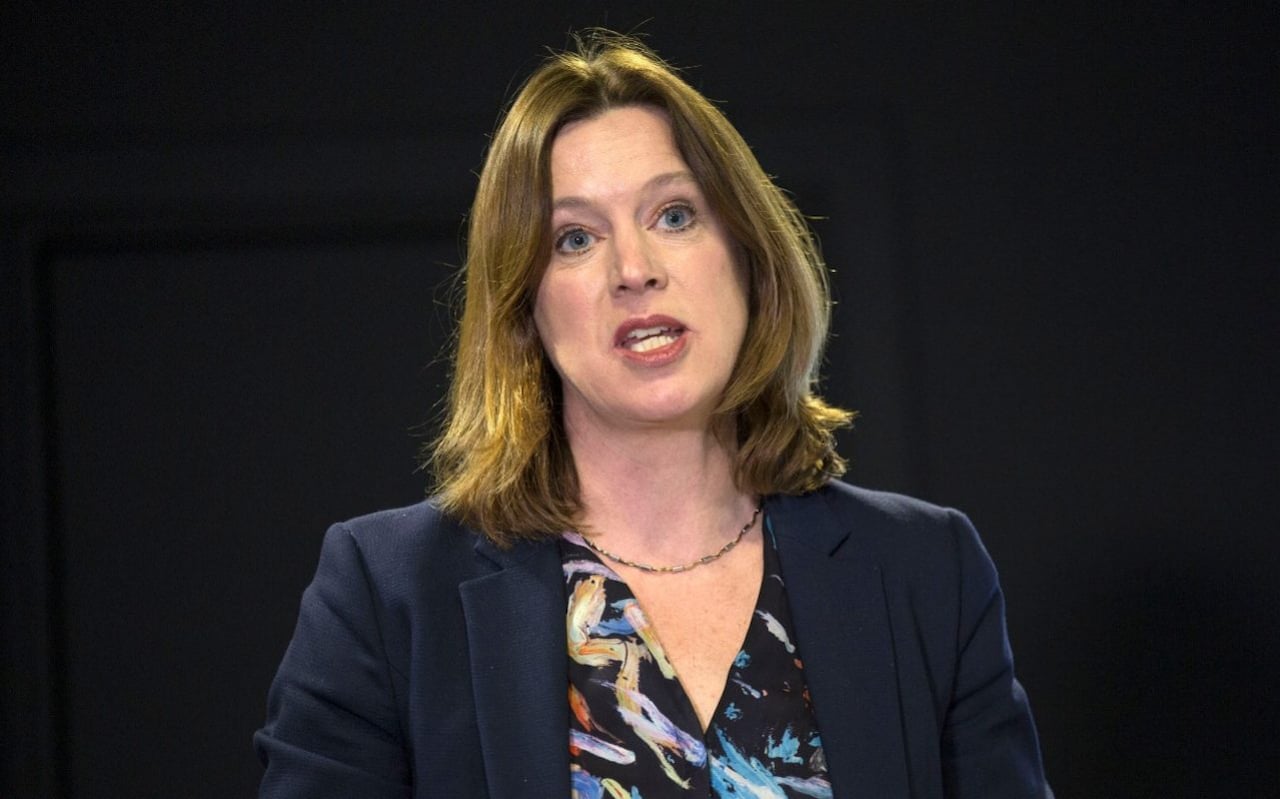 Earlier this week Dr Catherine Calderwood, Scotland’s chief medical officer, bowed to pressure to resign after police issued her with a warning for travelling to her family’s second home, on two occasions, during the coronavirus lockdown.

“I am deeply sorry for my actions and the mistakes I have made,” Dr Calderwood said in her resignation statement. Nicola Sturgeon, Scotland’s First Minister, paid tribute to Dr Calderwood and admitted that she was willing to resign for flouting her own public advice to stop all but essential travel, but said her “expertise has been invaluable to me” and refused to sack her.

Telegraph readers had a lot to say about Dr Calderwood’s actions and the handling of her resignation, with some taking the side of Scotland’s former chief medical officer and others left more outraged.

Read on for the best comments we received and have your say in the comments section below.

‘If you’re telling other people not to do it, then you had better not do it yourself!’

“First of all, I don’t think it hurts anyone to travel between point A and point B. Not if you’re riding alone in a vehicle and not stopping anywhere. It’s a silly, pointless restriction, in my opinion.

“However, if you’re telling other people not to do it, then you had better not do it yourself!”

‘What she did was safe’

“I have a fair bit of sympathy for Dr Calderwood.

“She knew very clearly how to protect herself & others from cross-infection. What she did was safe and the mob bayed for her blood because she broke rules which, whilst very important in principle, are pretty facile in many areas of detail.

“We should not be having a debate about whether people may exercise. We should have sensible, practicable guidance – and enforcement – encouraging people to safely exercise.

“It is asinine for the police to persecute people driving relatively short distances so they can exercise on a country footpath with minimal contact with others and demand they instead take any exercise in an often crowded urban area where frequent proximity to, often physical contact with others is unavoidable. That is not infection control, it’s stupidity.

“It’s reminiscent of the SS and the KGB for Matt Hancock to threaten sanctions against the innocent when he and the police have adequate authority to act to control those who abuse the social distancing rules.

“In fact, Mr Hancock and Boris Johnson would be better employed closing the passenger traffic they still permit through our sea and airports, allowing people in unscreened and unquarantined from any global hotspot running flights, whilst bleating we the people of the nation their refusal to close the border to protect originally are creating a danger if they step foot outside.

“Such double standards and glaring incompetence open the door to Keir Starmer moving into Number 10.”

“A mixture of arrogance, hypocrisy, narcissism and stupidity, sadly all emanating from the condition that often appears endemic in those who feel that they really are special and are simply entitled to please themselves.

“Many footballers are the same. Obscenely highly-paid people see themselves as indispensable and not to be subjected to the same rules as the rest of us. I have noticed the smug hubris of those who stand behind their podiums during the virus crisis, preaching to society.

“They remind me of Moses and his tablets of stone. If all these “experts” were laid end-to-end they wouldn’t reach a conclusion.”

“To the outraged on here – who did she risk? In reality, no one.

“Those outraged at sunbathers in the park or at people going for a walk in the country. You tell me the risk. It’s very minimal compared to shopping. The risk is close proximity – breathing the virus in.

“The state has set these rules to “show” it is doing something. Then people jump on the “I’m more pure bandwagon”. Our individual brains are better. You know not to go to parties, visit old people or at risk people. Everything else that doesn’t impact others is your own choice. Don’t follow orders that have no purpose – you know where that leads!”

“As someone who lives in a flat and only went out yesterday for a three-mile walk, the first time that I have been out in 13 days (I’m self Isolating and don’t have the virus). What is wrong in getting into a car, driving and then getting out your car and going indoors albeit a second home?

“No contact with other people and no chance of spreading the virus.”

‘She just didn’t think the rules applied to her’

“Going by the photos, she wasn’t social distancing either. It wasn’t a mistake or error of judgement, she just didn’t think the rules applied to her.

“I wonder what her “reason” for being there was? The dogs needed a good beach walk?”

‘Hypocrites, the lot of them’

“That is why I hate Ms Sturgeon. She defends the indefensible when it suits her. Hypocrites, the lot of them.”

‘Nothing at all dangerous about driving to your second home’

“There is actually nothing at all dangerous about driving to your second home; it’s just that no government in their right mind would dare say so.”

‘The only appropriate response was to stand down’

“The best leaders lead by example, not diktat. The decision to drive away from home, on two consecutive weekends, and keep driving for about an hour, can hardly be described as “mistakes”.

“Sadly, this lady made not one but two serious errors of judgment, thereby flouting her own official guidelines. The only appropriate response was to stand down.

“I also wonder how welcome she will feel, when she next visits her holiday home in what is a small, seaside community.”

“Ms Sturgeon’s defense of Dr Calderwood was inept; “I need her”. Ms Sturgeon can still consult with Dr Calderwood, she isn’t dead, but it was obvious even to the most obtuse that she can’t carry on as CMO of Scotland.

“It was obvious that Dr Calderwood was under a huge emotional strain, she fully understood the impossible position she was in following her complete lapse in judgment (twice). It was Sturgeon which probably insisted on resisting the obvious immense pressure.

“However, that “tough” stand only made the situation worse and showed Sturgeon’s bungling judgment (in this instance).”

‘So many basic faults’

“Arrogance, yes. Poor judgement (in the circumstances), of course. How about lack of intelligence?

“So many basic faults that she is the last person who should be in charge of public health at this time regardless of her academic qualifications and/or time served in position.

“We all need people “in charge” who are beyond reproach and set an outstanding example of behaviour alongside doing their job effectively.

“No doubt her deputy has been doing most of the work so can just be slotted in as they would have been if she had managed to get infected as the result of her meanderings.”

“Practise what you preach – why should it be necessary to point out the ‘bleeding obvious’?

“Another example of the SNP’s can’t do/won’t do behaviour. Bad luck Scotland, you deserve better.”

“An afternoon’s (socially-distanced, non-hazardous) exercise or sunbathing in the park might not seem essential to a country squire on his estate, but it soon would be if he was cooped up 24/7 in a tiny flat with young kids.”

‘There is a certain madness to the rules’

“She’s a hypocrite, who won’t be missed.  Nonetheless, who was actually hazarded by her behaviour?

“She travelled by private car and her family were the only folks at either residency. No one else was exposed, except perhaps for plod when he turned up on the doorstep. There is a certain madness to the rules that she, presumably, helped to create (before she ignored them).”

‘Have some integrity, resign and then see whether you can gain it back by working’

“Entitlement plus stupidity. Have some integrity, resign and then see whether you can gain it back by working back in the trenches and doing some good. It may take a while but you may be able to hold your head up again. Maybe.”