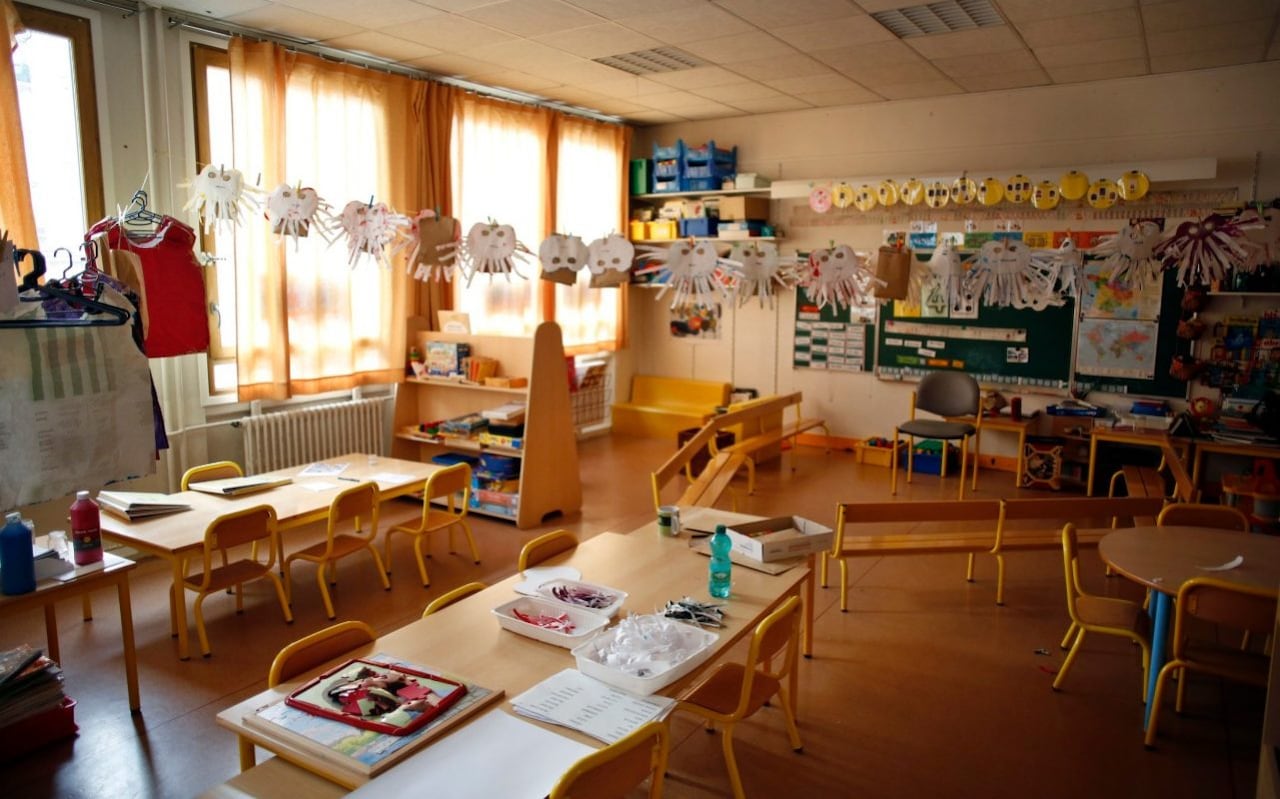 Scotland’s parents are preparing to keep their children at home for five months after Nicola Sturgeon announced all schools will close on Friday to stem the spread of the coronavirus.

The First Minister said schools and nurseries will not reopen after next month’s Easter break and refused to promise that pupils could return before the summer holidays start at the end of June.

Pupils may not return to the classroom until the summer break finishes in the middle of August, meaning they face five months at home. It is anticipated the classroom exodus will include independent schools.

Ms Sturgeon admitted she does not know when the mass closure will end and refused to rule out some pupils having to repeat a year.

The Educational Institute of Scotland (EIS) teaching union urged SNP ministers to use national “broadcast channels” to get lessons to “as many young people as possible.”

In a boost, the much-maligned BBC Scotland channel said its broadcasts will support school qualifications, including Highers, in the daytime.

The unprecedented shutdown – repeated in the rest of the UK – followed days of Boris Johnson and Ms Sturgeon coming under increasing pressure to abandon their original plan to keep schools open for the time being.

She admitted that schools had lost too many staff to continue as normal and that the Scottish Government is still working out the finer detail of “what this will all mean”.

John Swinney, the Education Minister, will  disclose more details of the plan including arrangements for home learning and whether pupils can sit exams during the pandemic.

He is expected to announce on Thursday afternoon whether this year’s exams will go ahead as planned, be postponed until a later date or an “alternative certification mechanism” be adopted based on criteria such as course work.

Mr Swinney said he was also working with councils on supporting “vulnerable” pupils and those whose parents are “essential workers”, such as NHS staff.

The blanket closure was unveiled as Ms Sturgeon announced a third patient in Scotland had died after testing positive for the virus.

The total number of cases was 227, up 32 on the previous day, but Scotland’s chief medical officer said this was likely to be a gross underestimate of how many people are infected.

Among the further measures announced yesterday were:

Schools have shut on an adhoc basis if a pupil or teacher became infected, but the UK and Scottish Governments had resisted copying other countries by implementing a widespread shutdown.

Ms Sturgeon cited concerns over the impact on emergency service workers and scientific advice the move would do little to stem the virus, with children still gathering in less hygienic settings.

But some parents argued it was contradictory to ask adults to work from home for their own health and safety, while continuing to send youngsters to school.

The EIS estimated that parents removed almost a third of pupils from schools on Monday, while scores of teachers refused to turn up for work.

Speaking at a briefing in Edinburgh, Ms Sturgeon said: “My view is that it is now inevitable that we will close schools and nurseries. My planning assumption now is that schools will close to pupils at the end of this week.”

She said the UK’s Scientific Advisory Group for Emergencies was examining “new advice that is very likely to tell us to close schools.”

Also citing the “reality on the ground”, she said: “As people do the right thing and follow the advice to self-isolate, or to isolate as a household, more and more schools are approaching the point where they have lost too many staff to continue as normal.”

Ms Sturgeon warned “lives are on the line” if the closures mean NHS staff cannot work, adding: “This has been one of the hardest decisions we have faced so far as we tackle the coronavirus.”

“We know that this will massively disrupt life, society and the economy. We know that it massively changes family life and nothing is more precious than that,” she said.

“We are heading into stormy waters – of that there is no doubt. It will not be easy but together we will get through this.”

Larry Flanagan, the EIS general secretary, said the blanket closure was an “absolute necessity” and teachers had expressed “growing concern in recent days over potential increased risk to the health of pupils, staff, their families and the wider community.”

He said several councils were examining “online learning solutions” for pupils at home but added that “some national provision would be helpful, perhaps even utilising broadcast channels to engage as many young people as possible.”

The Convention of Scottish Local Authorities said it was working with ministers to ensure councils “get the right support and have the flexibility to make the decisions based on local circumstances.”