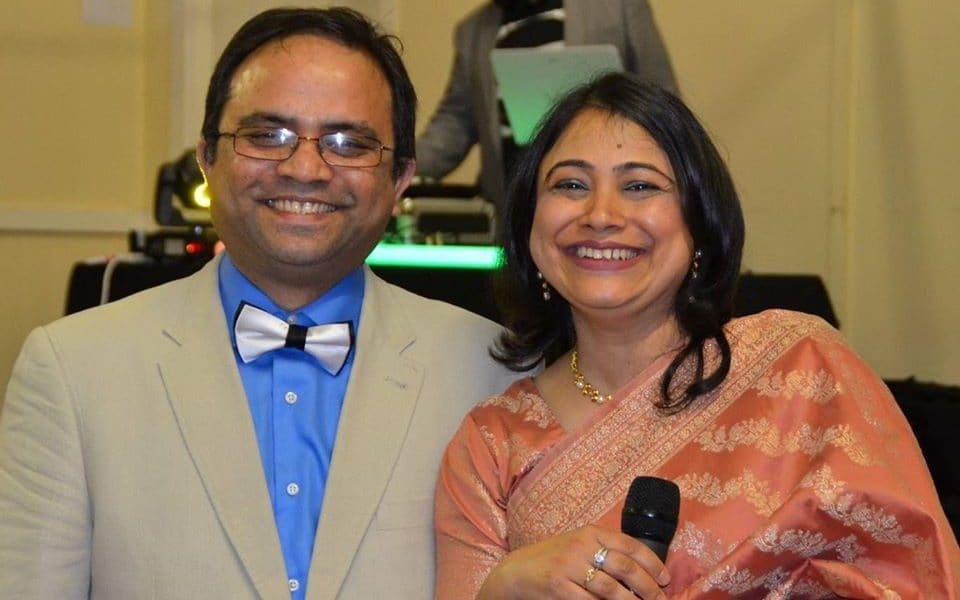 A senior doctor died from coronavirus three weeks after pleading with the Prime Minister for better protection against the disease.

Dr Abdul Mabud Chowdhury, a consultant urologist, died in the early hours of Thursday morning after a 15-day fight against the virus.

On March 18, he had addressed a message to Boris Johnson asking him to “urgently” ensure that personal protective equipment (PPE) was available for “each and every NHS worker in the UK”. Three days later, the 53-year-old fell ill. He died at 1am on Thursday in the intensive care unit at Queen’s Hospital in Romford.

Dr Chowdhury, known to friends and family as Faisal,  leaves two children and his wife, Rehana, with whom he had recently celebrated their 25th wedding anniversary.

On Thursday, his family said he had devoted his life to helping others but had ultimately been “failed by the system”. The Government must now provide proper protective equipment for frontline NHS staff, they said.

At least 20 NHS workers have now died while fighting the virus pandemic, and The Telegraph revealed how three nurses forced to wear bin bags to protect themselves had all since tested positive for the virus. Police officers, care workers and postal workers have also criticised the failure to keep key workers safe as the disease spreads.

Dr Chowdhury was born in Bangladesh and came to the UK in the late 1990s. After working in Scotland, he took up a position as a consultant urologist at Homerton Teaching Hospital, in east London.

In his message to the Prime Minister, posted on social media, he wrote: “Please ensure urgently PPE for each and every NHS health worker in the UK. Remember we may be doctors/nurses/HCAs/allied health workers who are in direct contact with patients, but we are also human beings to practice human rights like others, to live in this world disease free with our family and children.

“People appreciate us and salute us for our rewarding job, which is very inspirational, but I would like to say, we have to protect ourselves and our families/kids in this global disaster/crisis by using appropriate PPE and remedies.”

Shortly before he fell ill, Dr Chowdhury gave a talk on Bangladeshi-language television warning viewers of the dangers of coronavirus.

On Thursday, his brother-in-law Mir-Rashed Ahmed, a spokesman for the family, said his pleas for better PPE had been ignored by ministers. “My brother-in-law seems to have been failed by the system,” Mr Ahmed told The Telegraph.

“Before he died, Faisal told me that the Government is moving very slowly and that the NHS was in real trouble. We had the experience from China and Italy, but we didn’t do enough.”

Mr Ahmed revealed how Dr Chowdhury began feeling ill on March 21 and was taken to hospital a week later. “I remember Faisal telling me that he had a fever, but it was very unusual and he’d never experienced anything like it before,” he said.

“Initially he only had a fever, but when he started having breathing difficulties he decided that he needed to go to hospital. The ambulance didn’t arrive for two hours, so his wife drove him there.

“We were just praying to God to keep him safe. After around eight days they put a tube through a hole in his throat to help him breathe. The doctors then called to say he appeared to be getting better, and the temperature was going away.

“Then the day before yesterday the doctors called Faisal’s wife and said his condition was deteriorating, and could she come to the hospital please. Only one person was allowed. They asked her whether he should be kept on life support. His organs had failed. When she saw him, she knew he could never recover from this. Last night, she got a call at around 1.30am to say Faisal had passed away.”

Among the other victims identified on Thursday was Fayaz Ayache, 76, a dedicated GP who worked for the NHS in Suffolk for more than 40 years and “felt it was his duty to help” people. The father of two, who also ran an ear, nose and throat clinic at Ipswich Hospital, died on Wednesday.

Layla Ayache, 35, his eldest daughter, said her father had retired around two years ago but was soon back working “a couple of days a week” as a GP with North Clacton Medical Group because he wanted to help.

“My dad was very, very commonly phoned and people would say ‘my daughter’s ill’ or ‘my son’s ill’ or ‘my husband’s ill’,” she said. “He would often pop round and just check people were OK. He was a rural village GP at heart, and that’s the sort of thing that he would do.

“All he ever said was that he was concerned for everyone’s safety and that he wanted to help. He felt it was his duty to help.”

Dr Paul Matewele, a leading microbiologist who lectured at London Metropolitan University, has also died. Dr Matewele, who had published several studies on the dangers of life-threatening bacteria being passed through cash and public transport, died at Barnet Hospital. Colleague Professor Gary McLean said: “Paul was the most gentle soul.”

Dr Edmond Adedeji, 62, passed away on Wednesday “doing a job he loved”, his family said. He was being cared for at Great Western Hospital in Swindon, where he worked.

Some 33 million PPE items were delivered to 269 trusts and organisations in England on Wednesday, the spokesman said, taking the total to more than 600 million items over the past month.

“We’re confident that enough supply is now reaching the front line, but if there are distribution problems as we deal with very significant increase in demand then we need to address them straight away,” the spokesman said.