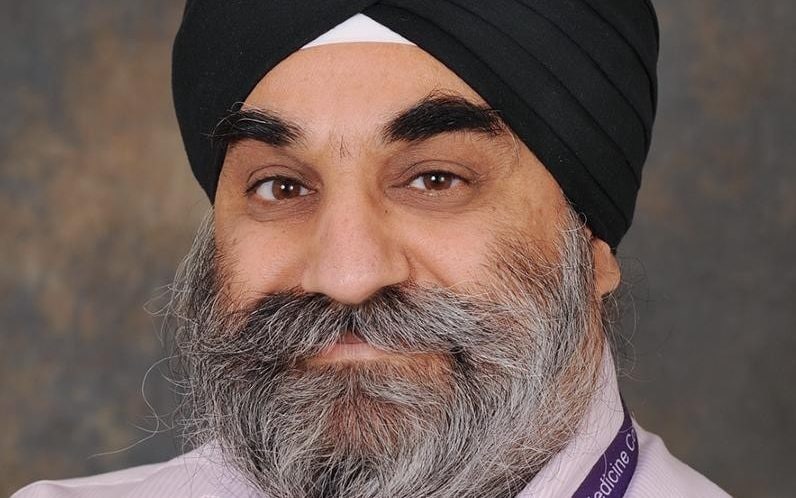 Khulisani Nkala, 46, a mental health nurse at the Leeds and York NHS Partnership Foundation Trust, had a smile that “lit up the room”, grieving colleagues said.

Kirsty Jones, 41, a  “selfless and bright” healthcare support worker and mother-of-two who had worked for  NHS Lanarkshire since she was 17, has also died.

Tributes for Mr Riyat poured in from colleagues and patients alike. Susie Hewitt, emergency medicine consultant at Royal Derby Hospital, said he was “enormously valued and much loved”, not least for his “wise counsel and discreet support in tough times”.

She added: “For many, Manjeet was considered the father of the current emergency department in Derby, and many more will reflect on how his inspiration has shaped their own careers.”

Not only was Mr Riyat the first A&E consultant from the Sikh community in the country, he was also “instrumental” in building the Emergency Medicine Service in Derbyshire and one of the first Clinical Research Fellows in the UK.

But he was largely remembered as a “superb clinician” who had an “impeccable sense of always putting the patient first”.

Colleagues hailed his “compassion, energy and positivity” as they recalled the valuable time he had given them as a mentor, both in Derby and at Leicester Royal Infirmary and Lincoln County Hospital where he had previously worked.

Nadia Hendrickse-Welsh said he was “a welcoming presence and generous teacher” who cared “fiercely” about his patients.