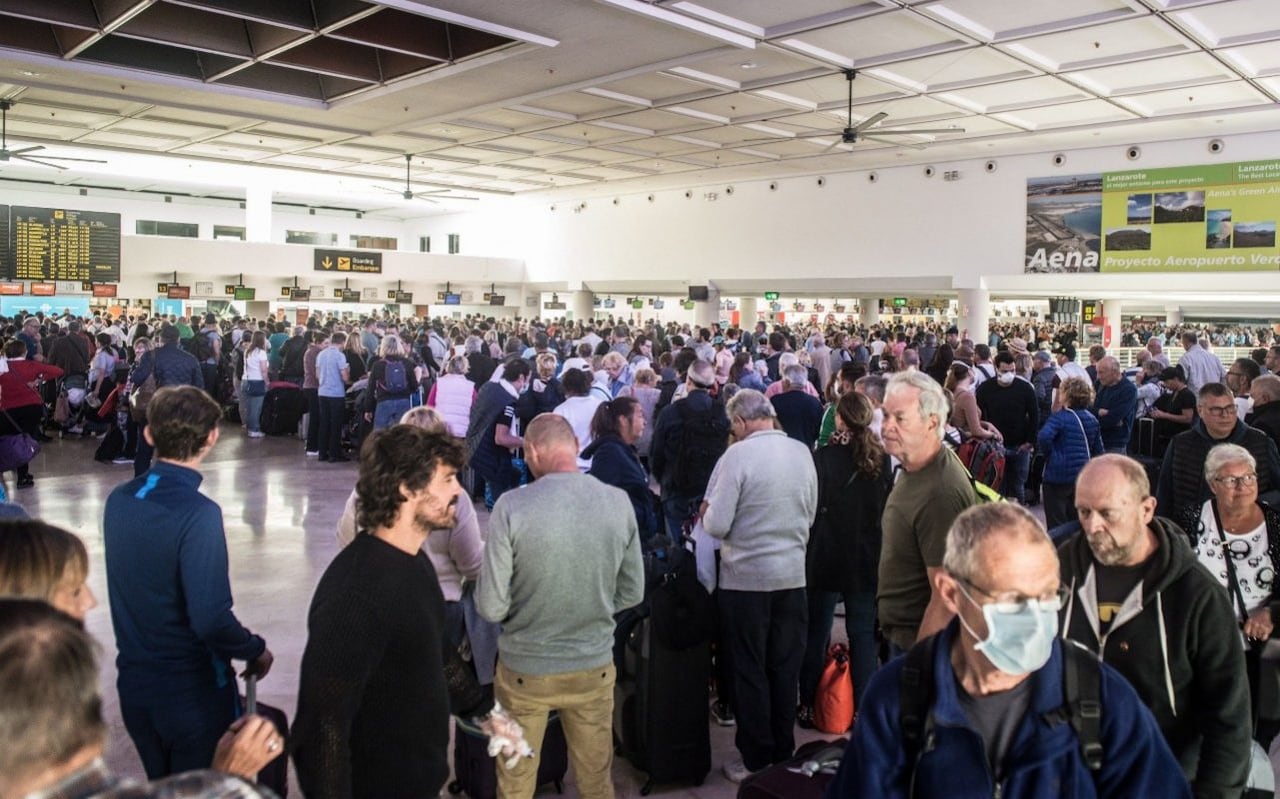 Thousands of Britons stranded abroad face a desperate scramble for seats on the final flights back to the UK, with tickets changing hands at four times their face value amid the coronavirus crisis.

As several countries prepared to close their borders and airlines announced they would begin to ground their fleets, many people admitted they had “no idea” how they would get home.

The 400 or so Britons in Peru face being stranded in a country with limited medical supplies after its government abruptly announced on Sunday that it was shutting its borders. With no seats remaining on scheduled flights back to the UK, tickets are said to have been changing hands for up to £4,000.

A group of four gap year students from Jersey are among those stuck in the country and have been told they cannot leave their hotel. One 19-year-old, who did not want to be identified, said: “The borders are completely closed, with no organised flight out for British nationals at the moment.

“We have been told we’re not allowed to leave the hotel, with locals only allowed out to go to the supermarket, pharmacy or bank. We have heard that other Brits in some hostels and hotels have limited running water and have been charged extortionate prices for laundry.”

In European cities, many Britons have expressed frustration after spending days trying in vain to contact airlines or the Foreign Office.

Jet2 has cancelled all flights until April 31, while Ryanair said it would be cutting its services by “at least 80 per cent” and advised all customers to book a flight home before March 25. Easyjet is running repatriation flights for all its passengers, and a source told MailOnline that “no easyJet passenger will be left stranded”.

Terry Isaacs, 40, from London, was hoping to board a Ryanair flight on Friday night after being stranded in Agadir, Morocco, with his girlfriend when their flight home was cancelled.

He said: “I haven’t slept for three days, our hotel is closing and has been rationing food and water for days. All the local shops are closed, and we cannot buy food or water. Everyone here is terrified. We’ve been left to sort ourselves out.”

More than 200 Britons on board the Costa Pacifica cruise ship have been told they must sail to Genoa, in coronavirus-hit Italy, after the Spanish and French authorities refused to let them disembark.

Guests are “being held prisoner”, according to the son of a couple on board. Fraser Mullen, 36, from Redhill in Surrey, said he was deeply concerned about his elderly parents, Douglas and Elisabeth, who he said were “completely in the dark about what’s going on and what’s going to happen when they get to Italy”.

He added: “I know it’s an incredibly difficult situation for everyone, but I can’t understand how the best plan is to sail a cruise ship full of healthy people to the centre of a global pandemic. All indications are it’s a healthy ship. No-one has said anything to the contrary.”

Operator Costa Cruises insisted that all guests leaving the ship in Genoa on Saturday would be transported to flights and transfers “through a sanitary cordon of isolation”.

The Foreign Office said it was working “intensively” with international partners and commercial airlines to try to get Britons home from Peru and elsewhere.

A spokesman said: “We recognise that any British people currently overseas may be nervous about the impact of coronavirus on their travel and their health.

“We are in close contact with travel providers and our international partners to provide support to those British people affected by ongoing measures to prevent the spread of Covid-19.”