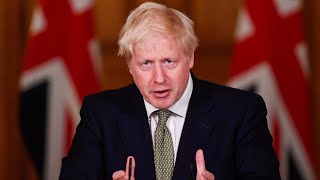 The chief medical officer insisted a “substantial majority” of the public backed firm measures, including lockdowns, to respond to threats to public health.

His comments – which came as the Prime Minister remained at loggerheads with Manchester leaders over the threat of lockdown – repeatedly returned to how public health interventions once seen as radical were later viewed as the right thing to do.

During a one-hour public lecture, Prof Whitty said even those who were sceptical about state interventions were likely to be “comfortable” if measures were aimed at protecting the elderly.

Governments could act too slowly, he suggested, noting that it had taken a century of campaigning before young children were banned from being sent up chimneys, adding: “Now we look back on this and we say this is quite extraordinary.”

The chief medical officer said that while the slaughter of cows to protect against BSE had been “highly controversial” at the time, there was a “strong expectation by citizens that the state would act to maintain the safety of food”.

In his university lecture, delivered online at Gresham College, Prof Whitty said:  “Consistently, populations around the world, going back right into history, but up to the current time where we’re going through the most major pandemic for many decades, have consistently wanted – indeed demanded – that their state acts to help protect them from the pandemic.

“If you think about support for this in the UK now, the lockdown measures that happened in the UK earlier this year – which were some of the most significant curbs to freedoms the state has actually introduced for many decades – were supported overwhelmingly in all the polling that was conducted.”

“Over 90 per cent support for these really quite strong measures by the state. And indeed in late 2020, quite a lot later, the public still remain by a substantial majority in favour of ongoing measures – all ages, all social groups and all political persuasions. This is across the board.”