Swathes of public to be refused coronavirus tests under rationing plans 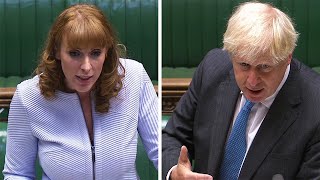 Ministers are poised to announce further localised measures, with pub curfews and a ban on households mixing across areas of the north-east from Friday.

Sunderland, Gateshead, Newcastle, Northumberland, South Tyneside and County Durham are  set to go back into lockdown after a surge in cases. The restrictions will cover two million people.

Meanwhile, schools are drawing up plans to go part-time if the testing chaos continues, with headteachers warning that they will need to instigate rota systems in which pupils are taught on the basis of two weeks on and two weeks off unless the Government can get a grip on the testing system.

On Wednesday, Mr Johnson admitted for the first time that the testing system had “huge problems” trying to cope with a “colossal” spike in demand.

Despite rising cases, delays in releasing results saw the number of people getting a positive result the day after testing fall from 63 per cent at the start of the month to just eight per cent this week.

Ministers say the surge in demand for tests has been caused because too many people are seeking tests when they do not have symptoms or have not been contacted by NHS Test and Trace.

Officials say around a quarter of capacity is being used by those who do not meet current eligibility criteria. These include parents coming forward because their child is in the same class or year as a pupil with possible symptoms.

Matt Hancock, the Health Secretary (seen discussing testing problems in the video below), has said he is reluctant to introduce eligibility checks because he wants people with symptoms to get speedy access to tests, but Government sources said officials are considering limiting tests to the most high-risk groups if demand continues to outstrip supply.