The inside story of Boris Johnson’s coronavirus nightmare 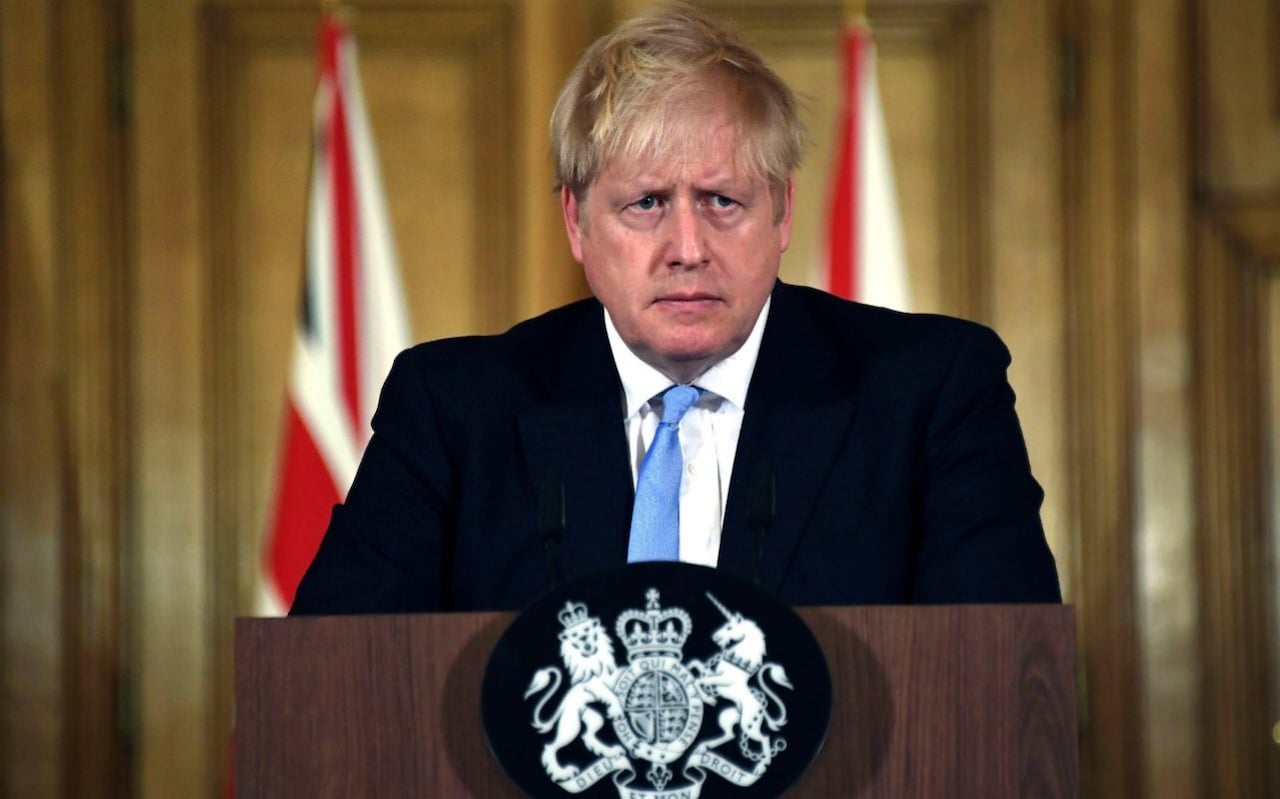 He is the fictitious journalist from Belgium who may have inspired an aspiring Brussels correspondent from Britain. It seems fitting, then, that it was Tintin to whom Boris Johnson turned once again as his condition began to improve in intensive care last week.

The Telegraph understands that Mr Johnson began re-reading tales of the boy journalist from Belgium that he first read as a child, as he became well enough to sit up in bed on Wednesday.

The books were sent to St Thomas’ hospital by the Prime Minister’s family. Mr Johnson was the Telegraph’s Brussels correspondent in the Nineties, and last year a copy of The Blue Lotus, an early Tintin adventure, in its original French, was pictured in his car during the Tory leadership campaign.

The fact that Mr Johnson was able to sit up and read was the news that those closest to him, including his pregnant fiancee Carrie Symonds, desperately needed.

The Prime Minister first developed coronavirus symptoms – a high temperature and cough – 17 days ago, when he began a spell of self-isolation. The following day, the 55-year-old, who tested positive for the virus, posted a video in which he said he was “working from home” and continuing to lead the “national fight-back” against Covid-19.

Later that day he drafted a letter to every household, urging the country to abide by the lockdown rules and stating, in a phrase that somewhat eerily foreshadowed his own condition: “We know things will get worse before they get better.”

The Prime Minister continued to chair daily 9.15am meetings of ministers and officials on the Government’s response to the coronavirus pandemic. On Tuesday March 31, he led a video meeting of the Cabinet from the Chancellor’s study upstairs in No 11 Downing Street, in which he had set up camp while Rishi Sunak self-isolated at his family home. Staff erected hazard signs outside the room and meals and his red box were left at the door.

Priti Patel, the Home Secretary, said: “It was clear he was unwell, he needed to get rest and recuperation.” Mr Johnson was in daily contact with his doctor by phone. Two days after the Prime Minister’s positive test, Alok Sharma, the Business Secretary, insisted at the daily No 10 press conference that the Prime Minister “will continue to lead right from the front on this”.

But aides now say that Mr Johnson’s workload was significantly “stripped back” during his time in self-isolation, with the Prime Minister having regular contact only with Martin Reynolds, the trusted principal private secretary he had poached from the Foreign Office, and Lee Cain, his long-time director of communications. Dominic Cummings, 48, Mr Johnson’s most senior adviser, was also laid low with the virus.

On Thursday April 2, the day before his seven-day isolation was due to end, Mr Johnson was still coughing as he led the morning Covid-19 meeting. At one point after coughing during the meeting, he said: “I’ve got it and, I can tell you, it’s a bugger this thing.”

That day, Mr Johnson’s doctor said that if his symptoms failed to clear up by the weekend they would need to speak to review the situation. He appeared on the steps of No 10 to applaud NHS workers at 8pm that night. He was visibly unwell.

By Saturday morning, after chairing the morning meeting, the Prime Minister’s diary was, aides say, entirely cleared. But Mr Johnson went on to speak to Sir Keir Starmer after he was announced as Labour leader later that morning, and to chair the Covid-19 meeting at 10am the following day.

During this video meeting, the Prime Minister’s apparent deterioration caused some alarm among the assembled cabinet members, who included Mr Sunak, the Chancellor, Matt Hancock, the Health Secretary, and Michael Gove, the Cabinet Office minister. Mr Hancock has recently recovered from Covid-19.

Mr Johnson spoke to his doctor again on Sunday afternoon and was told that he should go to hospital as soon as possible – advice that he conveyed to senior aides. In a telephone call with Mr Cain he confirmed that Dominic Raab, the Foreign Secretary, should chair the morning meetings in his absence and deputise for him more widely if his condition worsened.

The Prime Minister was driven the short distance to St Thomas’, across the river from the Palace of Westminster, and admitted at 8pm accompanied by protection officers. Aides insist that the timing, coming at the start of the broadcast of the Queen’s message to the nation, was a coincidence – despite claims he had deliberately held off so as to avoid over-shadowing the monarch’s appeal for the country to follow the Government’s lockdown rules.

Shortly after 8pm, Sir Mark Sedwill, the Cabinet Secretary, conveyed the news to members of the cabinet who had been urgently summoned to take part in a conference call. Mr Gove responded: “I think I speak for everyone when I say our thoughts and prayers are with the Prime Minister.” Recalling their shock at the news, a Cabinet minister said: “It took us all by surprise. We all think we’re sort of invincible.”

Emails and WhatsApp messages were sent to No 10 staff to tell them that “the boss” had been taken to hospital. But given the speed of events, many found out from news alerts, social media and friends and family – along with much of the nation. One senior official said: “It was terrifying how fast things happened. I couldn’t believe it.”

But later that afternoon Mr Raab revealed that he had not spoken to Mr Johnson since Saturday afternoon. Mr Johnson never received a red box in hospital, as he was transferred to intensive care on Monday evening when his condition worsened. No 10, which was being kept updated by the hospital, was told at around 6pm that the Prime Minister may need to be moved in case he required mechanical ventilation.

Sir Mark briefed Mr Raab, along with Mr Cain. When the move was confirmed, Mr Reynolds informed Sir Edward Young, his counterpart at Buckingham Palace, who passed the news onto the Queen. At 8.10pm Downing Street announced that Mr Johnson has been taken to intensive care.

The news left several of Mr Johnson’s staff in tears. One senior official said: “Every day we were waiting for news from the hospital, hoping for a bit of good news. While everyone is hoping for the best, you can’t get the fear out of your head that he could take a turn for the worst.”

In intensive care, Mr Johnson was given oxygen but managed to continue breathing without the assistance of a ventilator. On Tuesday, Mr Raab said the typically ebullient Prime Minister “remains in good spirits”, following regular updates from the St Thomas’ medical staff. In the meantime Miss Symonds wrote to the Prime Minister daily, as he was too unwell to read texts and WhatsApp messages.

She included the latest scan of the couple’s unborn baby and print-outs of NHS staff across the country wishing Mr Johnson well. The Prime Minister’s doctors are understood to have updated Miss Symonds on his condition twice a day last week, leaving an agonising wait between calls.

Mr Johnson’s family sent over the Tintin books he had read as a child and still loved. Only recently he had jokingly chided aides for their unfamiliarity with Hergé’s graphic novels. On Wednesday, as he became able to sit up and read, the Prime Minister sought comfort in the tales that had entertained him during his childhood. He has since moved onto sudoku puzzles and films such as Love Actually and The Lord of the Rings.

By early on Thursday evening he was deemed fit enough to be moved back to a low dependency ward, and was sufficiently well to wave to staff as he was wheeled through the hospital. “You could feel the whole building breathe a collective sigh of relief,” said a Downing Street aide, describing the moment the news filtered back to No 10.

Mr Johnson was ensconced in the recovery ward in time to clap NHS workers from his bed at 8pm, as millions across the country also showed their appreciation. At the same time a relieved Miss Symonds posted clapping symbols on Twitter, along with a picture of a rainbow.

On Saturday, Mr Johnson was spending brief periods out of his bed and going on short walks as part of the recovery process – which is likely to take weeks. Mr Johnson told friends that the care from St Thomas’ doctors and nurses had been “exemplary.” “I can’t thank them enough,” he said. “I owe them my life”.