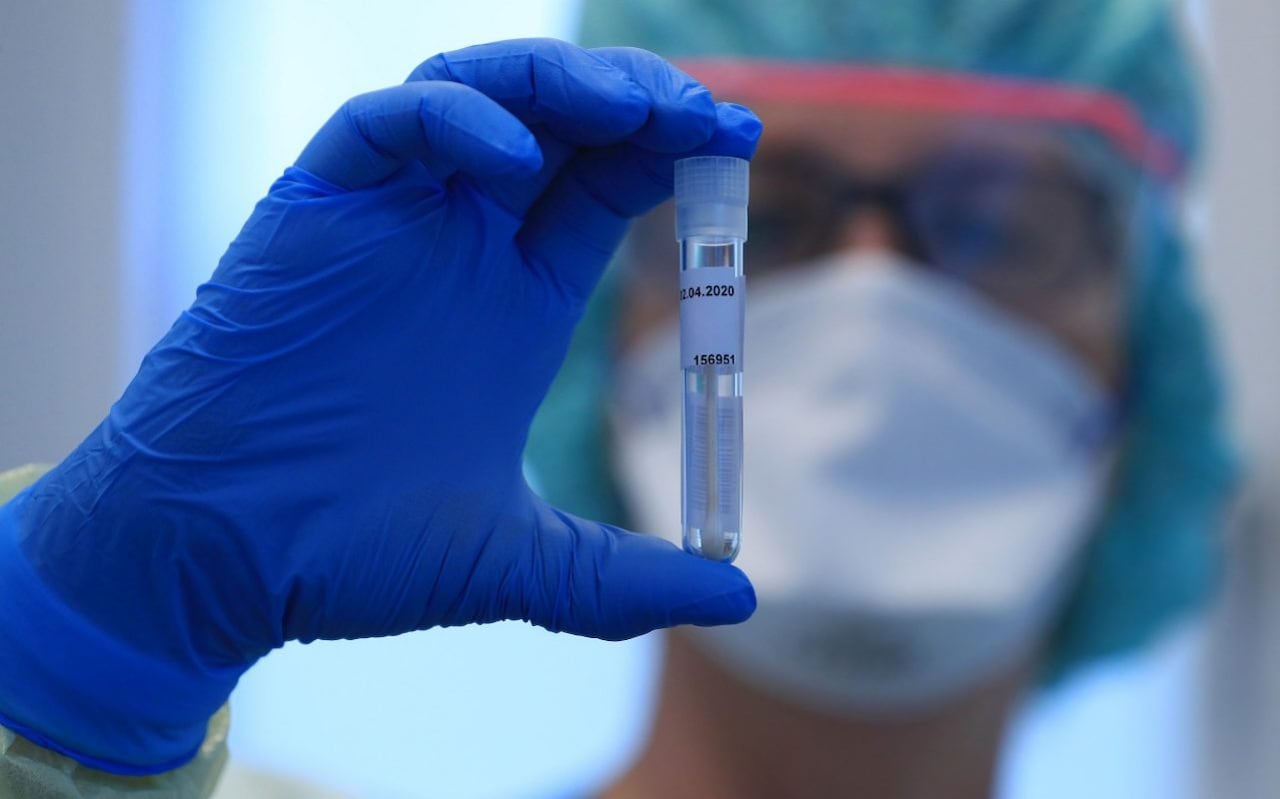 Scientists are in a race against time to better understand the novel coronavirus that is wreaking havoc the world over.

Their findings will help shape the trajectory of the pandemic – and determine how quickly it can be brought to a close.

“When this began, the word I’d use to describe how we were working is desperation,” Nick Cammack, therapeutics accelerator lead at the Wellcome Trust, told The Telegraph. “But increasingly there is this spirit of collaboration… science is the exit strategy.”

So what have researchers found out about the disease so far? And how far are we from an effective treatment?

In early January the World Health Organization issued an alert warning that a “pneumonia of unknown cause” had been identified in Wuhan, China. It said the clinical signs of the mystery illness were mainly fever, with a few patients struggling to breath.

Since then the global case count has surpassed one million, though experts estimate that millions more people have been infected but not tested, and the symptom list has grown.

We know, from the WHO’s mission report from China at the end of February, that 80 per cent of patients will have mild symptoms, while roughly five per cent will require critical care.

The study of 55,000 patients also suggested that 88 per cent had a fever, 68 per cent a dry cough and 38 per cent experienced fatigue. Fewer than 20 per cent of people had difficulty breathing, a sore throat or headache.

But more and more evidence has emerged suggesting that taste and smell deprivation is another common symptom, often in otherwise asymptomatic carriers.

Almost 60 per cent of people report these symptoms, according to a team at King’s College London, who have developed an app to track symptoms.

Of 1.9 million app users, 3,000 have gone on to be tested, allowing researchers to use machine learning to develop a model which identifies the symptoms that are most predictive of returning a positive result.

“Loss of smell stood out as the strongest predictor of a test being positive – it was stronger than cough and fever, though these were also important,” Professor Tim Spector, lead researcher, told The Telegraph. “I suspect it wasn’t mentioned earlier because people weren’t asked about it.”

Identifying effective treatment options is essential to reduce both the death toll – which is nearing 60,000 – and the average time spent in hospital.

But developing new drugs from scratch and proving their safety and efficacy is a long and complicated process – it can take years, time the world does not currently have.

While researchers have started to track down new compounds that could be used to attack the coronavirus itself (SARS-CoV-2) or treat the illness it causes (Covid-19) in the future, experts say that the most promising option right now is to repurpose existing drugs.

Hundreds of clinical trials have started during the pandemic, but it is the large-scale, randomised programmes that will offer the most conclusive results as they have the largest sample sizes.

In mid-march the WHO launched a “megatrial” called ‘Solidarity’ in 10 countries to test four already approved treatments, while the French the firm Inserm has started a trial called ‘Discovery’ which is expected to enrol 3,200 people across eight European countries.

And in the UK, the Government announced on Saturday that almost 1,000 patients from 132 different hospitals have been recruited to join the ‘Recovery’ trial led by the University of Oxford, to test three potential therapies.

This broad-spectrum antiviral was originally developed by Gilead Sciences to combat Ebola, but it showed no effect during a trial in the Democratic Republic of Congo last year.

However in 2017, researchers in the US showed remdesivir inhibited the coronaviruses that cause Sars and Mers in test tube and animal studies and it has been tipped as one of the most promising options in the current crisis. The Solidarity and Discovery trials will both test its efficacy.

The drug works by disrupting the virus’ ability to replicate and it attacks a key viral enzyme, not the human cell, so has a targeted effect.

“Remdesivir really does inhibit the virus’ replication – so the ability of the virus to grow in the cell,” said Dr Cammack. “The big challenge with remdesivir is it’s intravenous, so you’ve got to be in hospital – you can’t be handing this out over the counter in Boots.”

Experts hope that within the next month it will become apparent whether or not the drug works.

These malaria treatments were originally tested during the Second World War and, unlike remdesivir, would be used for patients in the very early stages of a coronavirus infection.

“Viruses come in through the nose and travel through the upper respiratory tract first,” said Dr Cammack. “It’s thought that these drugs, in the early stages, stop the virus from entering the cell in the first place.”

The treatment was used to treat patients during the Sars outbreak in 2002 to 2003. It is also cheap and easy to manufacture so could be widely distributed, even in weaker health systems.

The US Food and Drug Administration approved the use of the antimalarial drugs for emergency use to treat Covid-19 last weekend. Small studies in France and China reported that patients who did not have severe symptoms recovered more quickly when given hydroxychloroquine.

The drugs are included in all three large-scale trials. Wellcome are also working with the Bill and Melinda Gates Foundation to identify whether it could be given to healthy people at risk of exposure, for instance health workers or contacts of confirmed cases, to offer some protection ahead of picking up an infection – a bit like a vaccine.

Dr Cammack said it would be roughly six months before we see conclusive results.

This is a combination drug used to treat HIV patients. It works by inhibiting the enzymes required for the virus to replicate, and experts hope it might have a similar effect on SARS-CoV-2.

“The best place for this is when someone is already sick, either at home or in the hospital,” said Dr Cammack. “There are some side effects, for instance diarrhea, so you wouldn’t want to give it to otherwise healthy people as a preventative drug.”

Early in the outbreak, doctors in Thailand reported success in treating patients using a combination of HIV drugs alongside oseltamivir, a drug sold under the brand name Tamiflu to treat influenza.

But a study in China of 199 patients found that “no benefit was observed with lopinavir–ritonavir treatment beyond standard care.”

However the drug is still included in the Solidary, Discovery and Recovery trials – Dr Cammack said previous studies were too small to provide definitive results.

In the late stages of a coronavirus infection patients can experience massive inflammation, known as a cytokine storm, as their body goes into overdrive in an attempt to fight the infection.

Included in the large studies are therapies, including dexamethasone and interferon-beta, which may help reduce inflammation in severely ill patients and could be used in combination with other drugs to treat the coronavirus.

“This needs to be done very carefully in controlled conditions,” said Dr Cammack. “There’s always a risk that you could target the wrong part of the inflammation and make the situation worse.”