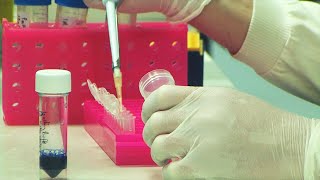 Does my whole household have to isolate?

This advice will only be issued to those who test positive. Those who are self-isolating for 14 days because of close contact with confirmed cases will be told to keep away from the rest of their household as much as possible.

Whose details do I have to provide?

Those who test positive will be asked to hand over all contact details for anyone in their household and anyone they have recently spent at least 15 minutes with, within a proximity of 2 metres. This means mobile phone numbers, email addresses, landlines and home addresses.

Contact tracers hope to contact the majority of people via text or email. But in some cases, they may post warnings out – though this system is likely to be too slow to be much help.

Staff will also attempt to contact relevant companies, so that if a person has travelled by plane, the carrier would be contacted so that passengers sitting nearby could be reached.

What if I do not want to provide details, or if those who I have had close contact with try to persuade me not to hand them over?

The scheme is voluntary, with ministers repeatedly urging the public to “do the right thing”. If compliance is low, penalties – such as fines – may be introduced for non-compliance.

At the moment, ministers are hoping Britons will respond to the plea that the actions of a “tiny minority” of people could ultimately free up to 66 million people from lockdown.

What if my test is negative?

If you suffer symptoms of coronavirus, without having been contacted by the Test and Trace system, and have a test which proves negative, the obligation to self-isolate ends.

However, those who are contacted via the system will be told that they should remain in self-isolation for up to 14 days, even if their test is negative – just in case they are still incubating the virus.

How long will the test take to come back?

On average, tests are currently taking around 48 hours to come back. However, those being administered by drive-through stations are being turned around most quickly, with 84 per cent done within 24 hours.

Health officials are aware that slow turnaround of tests would make the system far less effective. A study on Wednesday suggested that if contacts are reached within three days of a test being carried out, up to 15 per cent of new cases could be reduced, if four in five people comply with instructions. This could only happen if test results themselves are returned within 48 hours. If the turnaround slips to five days, the number of new cases might only fall by five percent, the modelling shows.

Is the app still part of this?

Health officials are still working on an app, which will mean those who have been in close proximity to those who test positive will be automatically contacted, and urged to self-isolate.

But its rollout has been repeatedly delayed, with officials last night refusing to commit to any date for its launch.  Yesterday the Health Secretary insisted it is not being delayed by technical problems, saying officials had learned from the Isle of Wight pilot that rolling out the system where people are asked to isolate, even if they have no symptoms, starts better when it comes “in human form” from contact tracers.

What if I have already had an antigen test, which found I previously had the virus, think I have previously had symptoms, or had a positive antibody test which suggests I have had it at some point?

Officials say this will make no difference to the instructions issued. They say the science is still unclear about how much immunity is conferred from having Covid-19.

Will I only need to self-isolate once?

Not necessarily. Those asked to isolate because they have a positive result can only be asked to do this once. But those being asked to do so as a precaution because of close contact with a confirmed case could see this happen more than once, given that the risks of exposure to different people with Covid-19 could increase as lockdown lifts.