These are the NHS workers who have died from coronavirus 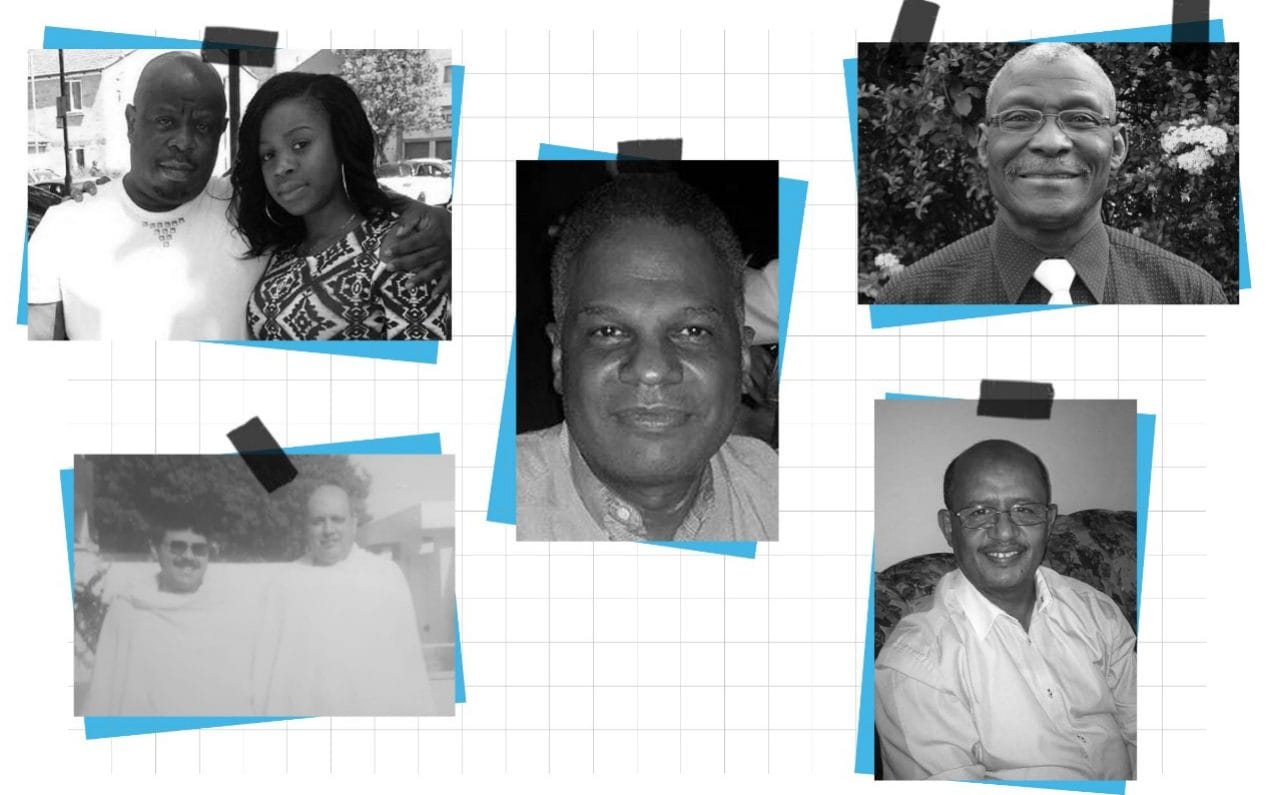 The risks taken daily by the armies of British doctors, nurses and healthcare workers treating coronavirus patients have been starkly illustrated by a growing number of deaths.

Several NHS workers have already lost their lives after contracting the disease from patients and that number is likely to soar.

The rising tally comes amid mounting concerns over the testing crisis, with ministers under increasing pressure to explain when NHS workers are to be tested and why Britain lags behind other nations in testing.

The Government is also under pressure to accelerate the supply of protective equipment and address growing fears that frontline staff risk both catching and spreading coronavirus.

The devastated daughter of one medic who has already died, likely spoke for all grieving relatives when she said he had made the ultimate sacrifice for his patients.

The NHS workers’ deaths have been described as a “a stark reminder to the whole country that we all must take this crisis seriously”.

Here, the Telegraph pays tribute to medics who have died and tells their stories.

Would you like to share a story about a friend or relative you have lost? Whether it’s to pay tribute or share a funny story about their lives, the Telegraph wants to hear from you. We will be featuring stories of lost loved ones sent to us by readers to remember the many people who have sadly lost their lives to the virus.

Mrs Nasreem, a 36-year-old staff nurse died in the hospital where she had worked for 16 years.

The mother-of-three, who had no underlying health issues, developed coronavirus symptoms on March 13, whilst on annual leave.

She was thought to have rallied but relapsed and died shortly after midnight at Walsall Manor Hospital in the West Midlands.

Her best friend Rubi Aktar wrote on Facebook: “My heart is broken. She fought and fought but Allah decided to take her.  “She was the most loveliest, genuine person you could ever meet, she went above and beyond for everyone she met.

“I can’t believe I will not see your smile again. With your support, motivation and inspiration I am the nurse that I am today and I hope I can do you proud Areema.

Her sister, Kazeema, said the family was “heartbroken” but praised the hospital staff who had gone “above and beyond”, according to BirminghamLive.

Mrs Nasreem qualified as a staff nurse in January last year and had been working on the hospital’s Acute Medical Unit.

She had revealed she hoped to encourage more people from Muslim backgrounds into nursing, saying: “I would like to think that I can inspire others. I cry every morning because I am so happy that I have finally realised my dream of becoming a nurse.

“I would like to think that I could inspire others; particularly within Muslim communities.”

Dr Saadu, 68, became the fourth medic to die from coronavirus in the UK, two weeks after contracting it.

Dr Saadu’s family – a wife and two sons – said he was so determined to treat patients after he retired that he carried on working part time.

“My dad was a living legend,” his son Dani said. “Up until he got sick, he was still working part-time saving people.

“He was a very passionate man, who cared about saving people. As soon as you spoke to him about medicine his face would light up.”

Dr Saadu, originally from Nigeria, worked for the NHS for 40 years in hospitals across London, stepping down as medical director of the Princess Alexandra Hospital NHS Trust in 2016.

Mr Harvey, a mental health nurse at Goodmayes Hospital in north east London, passed away on Sunday 29th March after contracting Covid-19 from a hospital patient.

His daughter, Tamira Harvey, said her father was “let down” by the government, who she blames for his death, due to the lack of protective equipment he was given while treating patients.

“The Government could have prevented this. If they invested some money into protective equipment for nurses, because they are really on the frontline and putting their lives at risk every day.”

Mr Harvey was a father of seven and worked as a nurse in the NHS for 20 years.

Dr Amged El-Hawrani, 55, an ear, nose and throat specialist, worked at Queen’s Hospital, Burton, and was the third medic to die of coronavirus in the UK.

His family paid tribute to a “loving and much-loved husband, son, father, brother and friend”.

Mr El- Hawrani had not seen any patients for a number of weeks and had been receiving treatment in intensive care.

“He taught me the significance of respect and equality. He also stressed the importance of not worrying about the things I cannot control, which he displayed to me right up until the end of his life.

“He did not seek the praise and approval of others, he was satisfied by viewing the positive effects of his actions and the wellbeing of his family.

“I am incredibly proud to say that, for 18 years of my life, Amged El-Hawrani was my father.”

Dr Zaidi, a family GP, is thought to be the first doctor in the UK to have been killed by coronavirus. The 76-year-old, from Leigh-on-Sea, Essex, died in intensive care just 24 hours after being taken ill.

His daughter Dr Sarah Zaidi, also a GP, said the knowledge that coronavirus had taken him was “too much to bear.”

She added: “It is reflective of his sacrifice. He had a vocational attitude to service.”

Dr Zaidi had been self isolating at home and had not seen patients for a week before he died.

He and his wife, Dr Talat Zaidi, 70, were both managing partners of Eastwood Group Practice and had served three generations of families in the area for nearly 50 years.

Their daughter added: “We can’t mourn in the normal way. We can’t have a normal funeral.

“He left a gaping hole in our hearts, but a loss that is also felt within the community that he devoted almost his entire life to. We are praying for the safety of everyone right now.”

Dr El Tayar, a renowned organ transplant specialist, was the first working NHS surgeon to die from coronavirus in Britain.

He is thought to have contracted the illness while working in the A&E department at Hereford County Hospital, where he had volunteered to help fight the pandemic.

The Sudanese locum, 63, had no idea that the patient he was treating had coronavirus, family said.

Dr El Tayar had been self-isolating after developing symptoms around mid-March and he was admitted to hospital on 20 March.

He tested positive for coronavirus and spent his final days in intensive care.

“His son was really scared that he wasn’t going to make it,” he said. “This disease is horrible and is going to cause more heartbreak for many more families for weeks to come.”

Dr El Tayar’s career saw him work at hospitals around the world, including in Saudi Arabia, Sudan and two of London’s biggest hospitals – St Mary’s and St George’s.