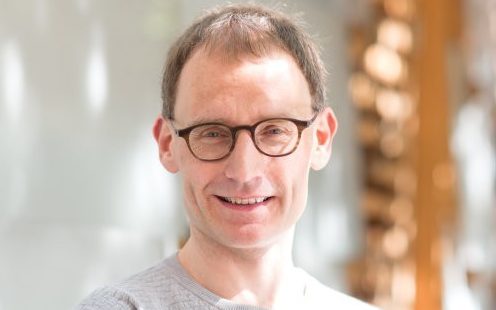 The expert behind the modelling that underpins the Government’s coronavirus strategy has self-isolated in his London flat after developing symptoms of the disease.

Prof Neil Ferguson, director of the modelling programme at Imperial College London’s MRC centre for global infectious disease analysis, wrote on Twitter on Wednesday morning that he had developed a slight dry but persistent cough and a high fever, a day after giving a press conference at Downing Street.

He later told BBC Radio Four he was feeling “fairly grotty”, and wasn’t surprised that he had developed symptoms because “there are almost certainly thousands of cases” already in London.

Prof Ferguson is one of the experts behind a stark report published this week that triggered a dramatic shift in the Government’s approach to the Covid-19 pandemic when its modelling suggested that around 250,000 people would die in Britain unless the approach was rapidly ramped up.

The research was discussed at the Scientific Advisory Group for Emergencies on Monday afternoon and Prof Ferguson attended the historic press conference that afternoon at which Boris Johnson warned Britons to avoid non-essential travel and contact.

He said on Wednesday morning that he had first noticed symptoms when he was being interviewed by BBC Radio Four on Tuesday and subsequently self-isolated.

“I got a slight cough while I was being interviewed by you yesterday and in an abundance of caution isolated then, so I am stuck in my flat in London for seven days. At 4 o’clock in the morning I got a high fever, which  is somewhat better now. But I still feel fairly grotty,”he said.

When asked where he could have picked up a potential coronavirus infection, he said: “I’ve been in so many meetings in the last few weeks, and a number of my colleagues who have been advising colleagues in those meetings have also developed symptoms.

Prof Ferguson added that London was emerging as a “hotspot in the UK at the moment”. With 621 confirmed cases, or 70 infections per million people, the capital has by far the highest rate in the UK.

“The more serious point is it kind of highlights the need for the response which has been enacted,” said Prof Ferguson.

“It has become quite a widespread community infection, particularly in hotpots like London, and if we hadn’t acted as soon as this week – cases are doubling at the moment every three or four days.”

Prof Ferguson is yet to be tested for coronavirus, but said he hoped he had not infected others, adding: “We think there’s infectiousness for about a day before symptoms – and I was actually in a Downing Street press conference then. But the onset of symptoms coincides with peak infectiousness, we think.”