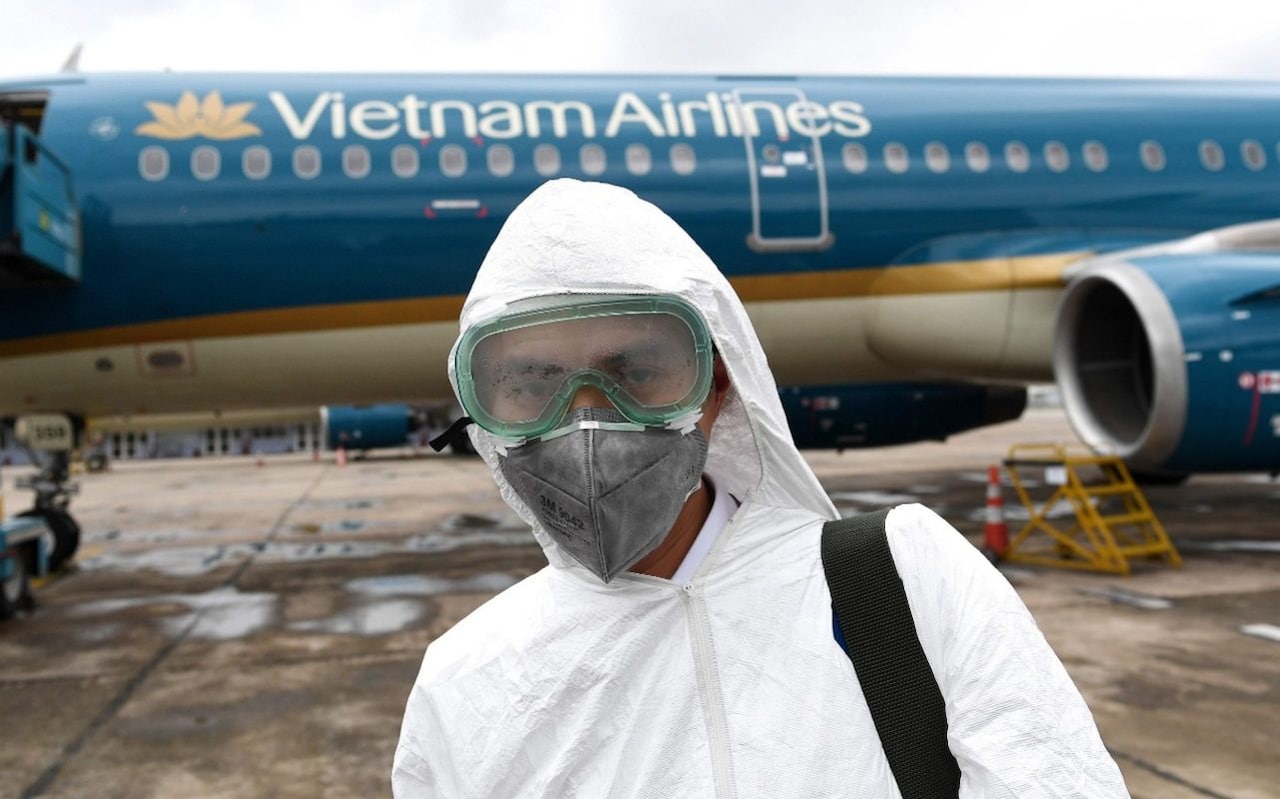 Vietnam has suspended visas on arrival for British citizens after passengers infected on a flight from London to Hanoi led to a sudden spike in coronavirus cases in the south-east Asian country.

The jump from 16 to 32 cases over the past few days led to panic buying in Hanoi, the capital, and the emergency suspension of visa-free arrangements for the UK, Germany, France, Spain, Denmark, Norway, Finland and Sweden.

Most of the new cases were linked to a passenger on a Vietnam Airlines flight from Heathrow, reported to be a wealthy Vietnamese socialite who had attended fashion events in Paris and Milan before returning home.

Some 13 passengers tested positive for coronavirus after arrival in Hanoi. Nine were foreign nationals – seven of them British – and everyone who travelled on the aircraft is now under quarantine.

According to the Guardian, British couple Graham and Mary Craddock, now quarantined after catching Covid-19, were told they had unknowingly “left infections everywhere” over several days before being diagnosed.

“When we checked in at Heathrow we were asked if we had been near infected people, [or] had we been recently to China, Iran or Italy. We answered no,” said Mr Craddock. “I asked what would have happened if we had [said yes]. We were told we would not be able to board the flight.”

Vietnam had enjoyed 22 days with no new infections until last Friday, and had been praised for its robust response to the epidemic.  The country’s media reported accusations that lax UK procedures had allowed the virus to re-enter the country, where it was likely to spread further.

Public resentment was fuelled by a separate report that a friend of the socialite had gone to a London hospital for treatment, informing doctors that she had been in contact with an infected patient, but was not tested for Covid-19 and was instead told to self-isolate.

The 24-year-old woman’s family were so worried that they rented a private plane to fly her back to Vietnam, where she tested positive for the virus.

“With so many coronavirus cases arrived from the UK, there’s a certain unease, even antipathy, on Vietnamese social media about British visitors,” tweeted Nga Pham, a BBC journalist. “Many think UK government hasn’t done enough to contain the virus.”

Bach Do, who runs a Ho Chi Minh city-based Twitter account with more than 83,000 followers, said the latest developments had left many Vietnamese citizens “questioning the entire system” in the UK.

“Let me put this in context: there are 15 new cases in Vietnam, 14 of which traced back to the UK, with 7 Brits being actual (sic) infected. Y’all get your s— straight,” Bach Do wrote.