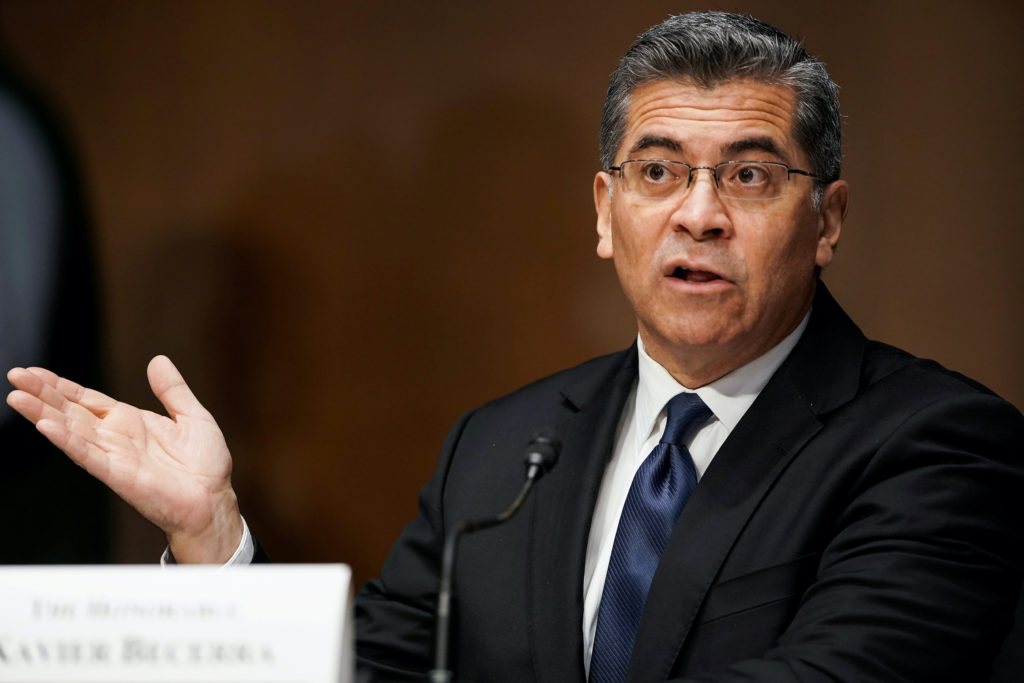 While the U.S. had provided “leadership” in the fight against Covid-19, additional funding from Congress was needed to effectively combat the pandemic across the globe, Health and Human Services Secretary Xavier Becerra said on Thursday.

Watch the event in the player above.

“Our fight isn’t over yet,” said Becerra at a World Health Day event with WHO Director Tedros Adhanom Ghebreyesus.

“While we are grateful for the Senate’s work on a $10 billion bipartisan plan to help meet some of the country’s COVID needs, significantly more is needed to fund both our domestic response – and our global response,” said Becerra.

READ MORE: Why scientists think the COVID era could cause more prolonged grief

This week, Senate bargainers reached an agreement on a slimmed-down $10 billion package for countering COVID-19 with treatments, vaccines and other steps, the top Democratic and Republican negotiators said, but ended up dropping all funding to help nations abroad combat the pandemic.

The compromise drew quick support from President Joe Biden, who initially pushed for a $22.5 billion package. In a setback, he ended up settling for much less despite administration warnings that the government was running out of money to keep pace with the disease’s continued — though diminished — spread in the U.S.

However, the compromise measure stalled in the Senate and seemed all but certainly sidetracked for weeks, victim of a campaign-season fight over the incendiary issue of immigration.

There was abundant finger-pointing Wednesday but no signs the two parties were near resolving their stalemate over a bipartisan pandemic bill that President Joe Biden and top Democrats wanted Congress to approve this week. With Senate Majority Leader Chuck Schumer, D-N.Y., prioritizing the confirmation of Supreme Court nominee Ketanji Brown Jackson by week’s end — quite possibly Thursday — the COVID-19 bill seemed sure to slip at least until Congress returns after a two-week recess.

A day earlier, the GOP blocked the Senate from even beginning debate on the bill, which would increase funding for COVID-19 treatments, vaccines and testing. Republicans were demanding that Democrats allow a vote on an amendment preserving immigration curbs imposed by President Donald Trump that the Biden administration is slated to end on May 23.