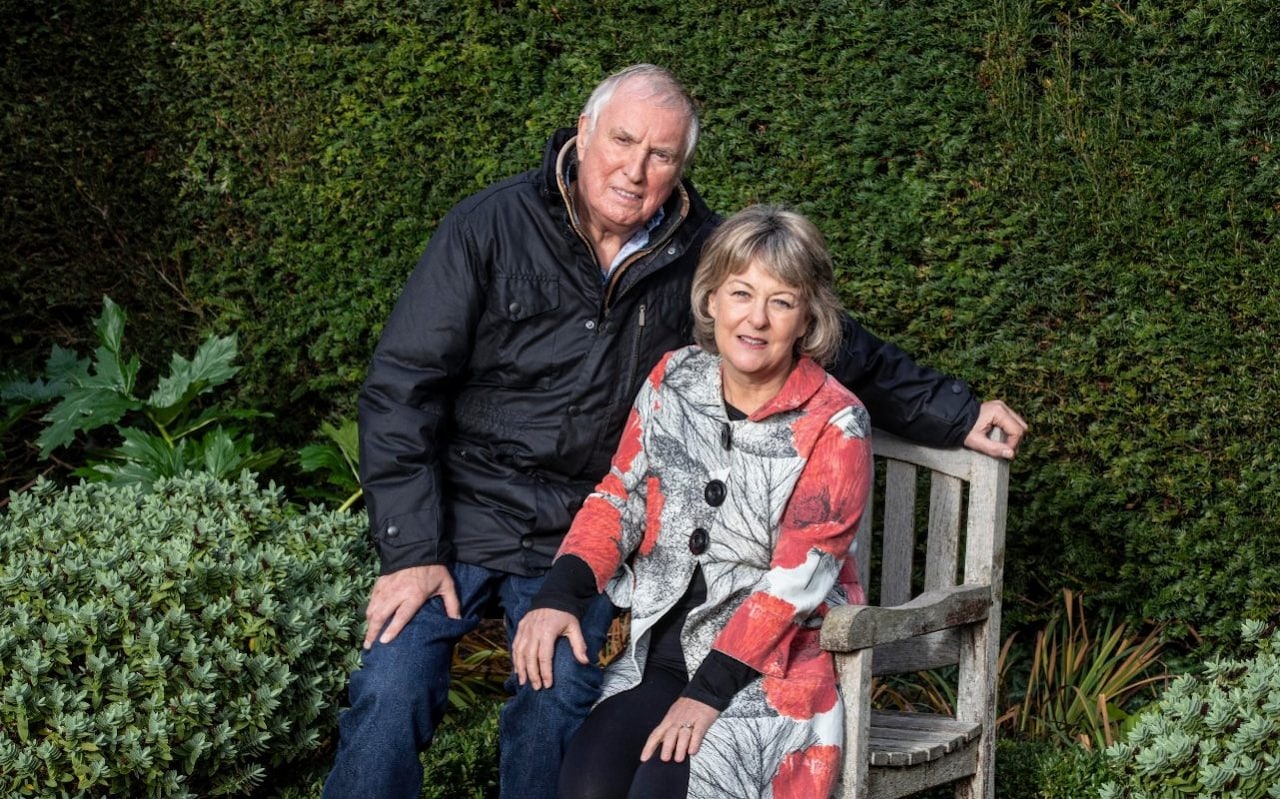 “When you make your wedding vows and promise to love someone in sickness and in health, you don’t expect the nightmare to begin on the bloody honeymoon,” says Tiggy Walker, wife of veteran Radio 2 DJ, Johnnie.

“We’d been engaged for a year, never lived together – barely knew each other, really – then tied the knot and flew to Kerala. Johnnie became ill with what turned out to be cancer, and suddenly I went from blissfully happy bride to stressed-out carer, not that I even knew there was a name for it. I looked at this angry, sick, frightened man making demands of me and I felt so cheated and lonely.”

Tiggy, still a vivacious beauty at 59, touches her husband lightly on his sleeve to ameliorate any sting her words might carry. He simply smiles at her with absolute love, his eyes crinkling at the corners. Johnnie, 75, understands the raw grief and emotional conflict as only a fellow carer can – because, a decade later, it was his turn to nurse Tiggy through breast cancer.

“Tiggy warned me that it was harder to be the carer than the patient, and I wouldn’t say it was easy but, because I had been through cancer, I wasn’t thrown in at the deep end the way she was,” he recalls. “She says I drove her to 73 medical appointments – but I never counted, I just tried to find a balance between being positive and being realistic. Some days, it was a real struggle.”

The couple met in 2001. It was a classic coup de foudre. She was a successful director of commercials with her own production company. He was a household name, thanks in part to his Radio 2 drivetime show, and twice-divorced with two sons. The day after their introduction, Tiggy phoned her mother and told her: “I’ve just met the man I’m going to spend the rest of my life with.”

They married in 2003 and their future appeared to be mapped out – Tiggy hoped she might even get pregnant. But Johnnie was tired and unwell during their honeymoon, which meant she disconsolately dined alone, night after night. “We assumed Johnnie had a bout of Delhi belly, but after a few months passed and there was no change, he went to the doctor, who ran tests,” she remembers. He was diagnosed with non-Hodgkin lymphoma.

When Johnnie eventually broke news of his illness to his fans and explained why he would be off air during treatment, he played Simon & Garfunkel’s bittersweet anthem Bridge Over Troubled Water. But when he told Tiggy on the first awful afternoon of his diagnosis all he could say, over and over, was: “Sorry.”

“I was devastated that I was going to become such an awful burden,” says Johnnie. “I had finally met my soulmate, this fabulous, gorgeous woman I wanted to be with every waking moment, and I was ruining everything.”