What is coronavirus, how did it start and could the outbreak grow bigger? 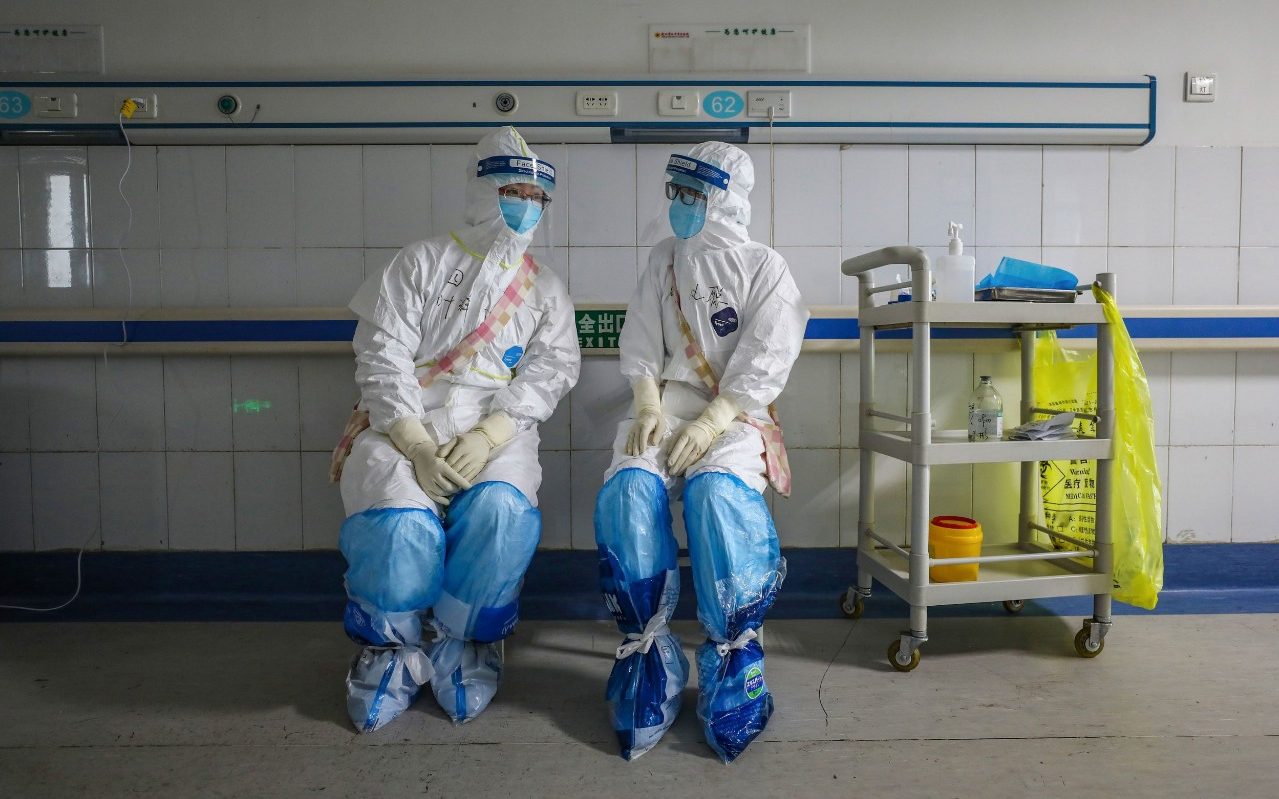 The new coronavirus (Covid-19) is spreading fast. More than 106,000 people are known to be infected and over 3,500 deaths have been recorded – including two elderly people in the UK who were diagnosed with the virus.

The bulk of cases and fatalities have been confined to China, but the virus is spreading internationally.

Coronaviruses are a family of viruses that cause disease in animals. Seven, including the new virus, have made the jump to humans, but most just cause cold-like symptoms.

This is much lower than fatality rates for Mers (30 per cent) and Sars (10 per cent), but still a significant threat.

How did the outbreak start?

The source of the coronavirus is believed to be a “wet market” in Wuhan which sold both dead and live animals including fish and birds.

Such markets pose a heightened risk of viruses jumping from animals to humans because hygiene standards are difficult to maintain if live animals are being kept and butchered on site. Typically, they are also densely packed.

The animal source of the latest outbreak has not yet been identified, but the original host is thought to be bats. Bats were not sold at the Wuhan market but may have infected live chickens or other animals sold there.

Bats are host to a wide range of zoonotic viruses including Ebola, HIV and rabies.

Could the outbreak grow bigger?

It is impossible to say which way the disease will go but, on its current trajectory, it is likely to spread to more countries, affecting many more people. The number of cases is beginning to decrease in China but is climbing in the rest of the world. To find out more about what is likely to happen, click here.

What are the symptoms of coronavirus?

Initial symptoms include fever, dry cough, tiredness and a general feeling of being unwell. For a full read-out of the symptoms and treatment of coronavirus, click here.

How many people have died from the disease so far?

More than 100,000 cases have been confirmed since the outbreak started, and the death toll has exceeded 3,400. The vast majority of cases are in China, but the virus has spread to more than 80 other countries.

According to data from the Chinese authorities, around 80 per cent of cases of the disease are mild, but 20 per cent require hospitalisation.

Is coronavirus in the UK?

273 people in the UK have tested positive for the virus so far, although eight patients have recovered and been discharged from hospital.

An elderly person with underlying health issues became the first person in Britain to die having been diagnosed with the disease, Royal Berkshire NHS Trust confirmed last week. Another person has since died.

Police have been handed unprecedented powers to force those at risk of coronavirus into quarantine amid fears that two GPs may have passed the virus on to patients.

The new measures have been put in place with immediate effect as Matt Hancock, the Health Secretary, warned that the spread of the virus is a “serious and imminent threat” to the British public.

Is there a cure for the coronavirus?

There is no specific treatment, although doctors are trialling existing drugs for viruses such as Ebola and HIV. Early results seem promising but, until full clinical trials have been concluded, doctors cannot be certain that the drugs are effective.

Work to develop a vaccine is accelerating, but this work has been complicated by the virus mutating into a second strain.

Read more: How long will we have to wait for a coronavirus vaccine?

How is coronavirus spread?

Like cold and flu bugs, the virus is spread via droplets when a person coughs or sneezes. The droplets land on surfaces and are picked up on the hands of others and spread further. People catch the virus when they touch their infected hands to their mouth, nose or eyes.

It follows that the single most important thing you can do to protect yourself is keep your hands clean by washing them frequently with soap and water or a hand sanitising gel.

For more information on how to protect yourself, go to our guide on symptoms and treatment here.

Is the coronavirus airborne?

There is some debate about whether the disease is airborne – there is no evidence for it yet, but that could change. Airborne viruses linger for a longer period of time than those spread by droplets and can also be spread in air conditioning and ventilation systems.

The current advice is that the disease can only be spread between close contacts – defined as spending more than 15 minutes within two metres of an infected person. For more information, go to our guide on symptoms and treatment.

Who started the coronavirus?

Various crazy conspiracy theories have been circulating that the virus somehow escaped from a Chinese lab, either by accident or design. However, this is categorically untrue and scientists studying its genetic code have linked it to bats. It probably then jumped to another animal, which passed it on to humans.

The number of diseases crossing from animals to humans is growing, and teams of virus hunters are tracking them down.

Where is the disease now?

As well as being reported in China, the disease is now in more than 80 countries around the world, including popular south-east Asian holiday destinations such as Thailand, Vietnam, Singapore and Malaysia.

Italy has also seen a large number of cases, leading the authorities to impose a lockdown in the north of the country.

The disease has also spread to the Middle East, with Iran particularly affected.

Should I cancel my travel plans?

The Foreign Office warns against travel to China. The Telegraph travel team has in depth advice here on both the countries affected and your rights if you cancel your travel.

British travellers picked up the disease from a fellow tourist in a French ski resort earlier this month, but all have recovered and been discharged from hospital. Tourists have also been trapped in a Tenerife hotel after an Italian guest tested positive for the disease.

Passengers on the Diamond Princess cruise ship were quarantined for several weeks.

Yes – but it is nowhere near as lethal.

Sars and Mers are also coronaviruses which cause severe respiratory infections. They also originated in bats, Sars jumping to humans via civet cats and Mers coming via camels.

Sars, first reported in China in 2002, spread to 27 countries, infecting around 8,000 people and killing 700. It spread quickly at first but then died out.

Mers, on the other hand, is more tenacious. It first emerged in Jordan in 2012 and about 2,500 cases have been identified so far. It is more deadly than Sars and has claimed about 850 lives in total.

How serious is the disease?

According to data on the first 44,000 cases released by the Chinese authorities, 80 per cent of cases are mild.

In roughly 14 per cent of cases the virus causes severe disease, including pneumonia, and shortness of breath. In about five per cent of patients it is critical, leading to respiratory failure, septic shock and multiple organ failure.

According to the WHO, the death rate in Wuhan is two to four per cent, whereas in the rest of China and the world it is around 0.7 per cent.

It is unclear why the death rate is higher in Wuhan, but it may be because the health services there have been overwhelmed by patients. Men are more likely to have a severe form of the disease, as are people with underlying conditions such as diabetes or high blood pressure.

How does this coronavirus compare to past respiratory epidemics?

The 1918 Spanish Influenza – or the H1N1 virus – remains the most devastating flu pandemic in modern history. The disease swept around the globe and is estimated to have caused between 50 and 100 million deaths.

A version of the same virus was also behind the 2009 swine flu outbreak, thought to have killed as many as 575,400 people.

Other major influenza outbreaks include Asian flu in 1957, which led to roughly two million deaths, and Hong Kong flu, which killed one million people 11 years later.

But coronavirus outbreaks have so far been far smaller. Sars eventually spread to 27 countries in total, infecting around 8,000 people and killing 700.

Is there anything I should be doing to prepare?

Protect yourself and your family by learning more about Global Health Security.