What is PPE and how can it help NHS workers? 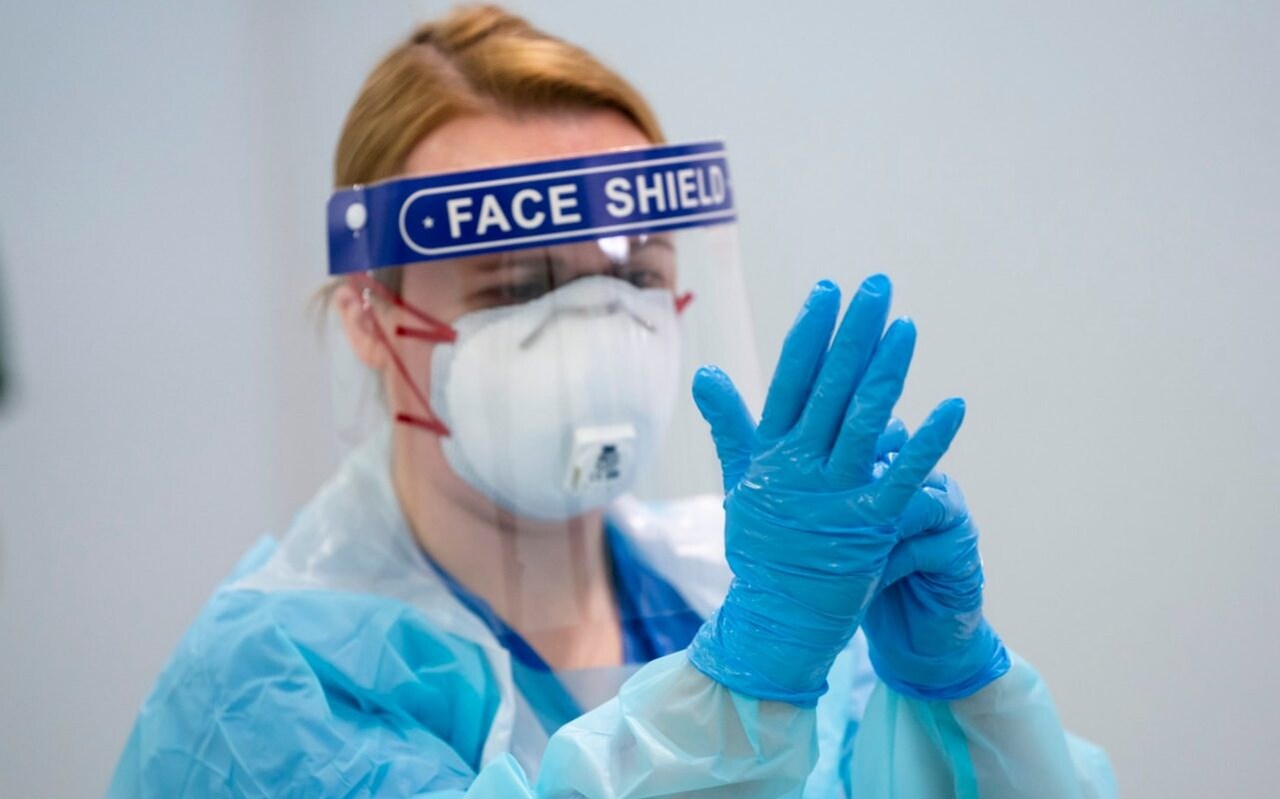 “It is very sad to see members of the medical profession dying from Covid-19.  It is noticeable that some of them have facial hair.  As a health and safety professional (retired) who has had training in Face Fit testing for masks, I know that it is a waste of time and effort, testing someone’s mask for face fit if they have facial hair.

Last month NHS Employers issued guidance saying staff could be asked to shave off beards and facial hair to ensure face masks fit properly. But they also warned that a blanket ban could “indirectly discriminate” against some staff and have been advised to consult with local faith groups to work out how best to approach the issue.

Before that Southampton General Hospital sen out a picture of 36 types of facial hair, and said small growths which fit under a masks were acceptable, while bushier looks such as “mutton chops” and “full beards” were not.

“Why didn’t those UK manufacturers, who didn’t get an answer to offers of PPE from the government, go direct to their local hospitals who could have arranged to purchase from them directly?”

Here’s what Laura had to say:

Some small companies say they have approached local hospitals, with some success. But most of the negotiations have been done on a national level, with large quantities of supplies being sought.

‘Can gowns be reused?’

“Can PPE gowns be washed or decontaminated and used again? It seems an incredible waste if not.”

Here’s what Laura had to say:

Not all PPE gets discarded: some items such as goggles can be reused after decontamination, and washable gowns can make up part of the kit. And some can be laundered and reused.

Last week, the Department of Health has relaxed a lot of its rules, as major shortages threatened, but a lot of front line staff are worried about how risky the changes are.

Not all PPE gets discarded, but until then, single use disposable gear was supposed to be used once.

Disposable, single-use, eye and face protection is recommended for single use, or single session use, and then discarded as clinical waste. The new rules say these can be reused if decontaminated.

The new guidance also says washable gowns, lab coats or coveralls can be used and reused, and says non-fluid repellant gowns could be used, as long as a disposable plastic apron is used. And the new rules say that in some circumstances, single-use gowns can be used more than once. But many staff have expressed concern about the new standards, with some nurses complaining they were inadequately covered when they were given cagoules.

‘Why is the Government being criticised over PPE shortages?’

There is an international global shortage of PPE because the crisis being faced is unprecedented, leaving costs surging and a scrabble to get hold of stocks.

But some countries are faring much better than others with the UK under fire for inadequate preparation.  Pandemic plans are drawn up nationally, with central stocks put aside. A contingency planning exercise in 2016 highlighted the lack of stocks.

The government promised deliveries including those from China which have failed to turn up. But it has also been caught out making dubious pledges – such as promising new stocks from Turkey when orders had yet to be placed.

‘What extra precautions can my daughter take?’

Our next question cames from a reader who’d like to remain anonymous:

“My daughter shares a house with other young professionals who now either work from home or are furloughed and following stay at home guidance stringently. One is a physiotherapist on the front line and yesterday informed her housemates she has come into contact with a previously unknown positive case without wearing PPE.

“Naturally all are concerned for their housemate’s and their own health. Are there any additional measures they should be taking at this stage prior to symptom onset other than hand washing, and other good hygiene practices?”

The best precautions anyone can take other than good hygiene and handwashing is to observe social distancing as strictly as possible – which is difficult in a shared house. In this situation, if individuals have separate bathrooms, it would be better to use them, but it is pretty difficult to limit contact within a household.

Have any hospitals ran out of PPE?

“Does anyone know if any hospitals have actually run out of PPE to the extent that they have not been able to treat patients?”

“Also, if any front line hospital staff been sent home, or been instructed to continue treat to patients without PPE due to PPE supplies having run out?”

A number of trusts have warned that they were in days of running out of PPE, but in cases when this has been made public, supplies have been sent in at the last minute. Some trusts and NHS suppliers have called on local DIY firms to help them out.

The Royal College of Nursing is among unions saying staff can refuse to work if they are not given protective clothing. But earlier this week a case emerged of a medical student, working as a healthcare assistant whose future shifts were cancelled after she refused to work in such circumstances. The Royal College of Anesthetists has said it will back medics who choose not to work in unsafe conditions.

How to ask a question

Ahead of our next Q&A, you can submit a question by emailing your queries [email protected] If you would like to remain anonymous, please disclose this when you ask your question.

*DISCLAIMER: None of the information provided in this Q&A constitutes or is a substitute for medical advice.  If you believe you may have been exposed to the virus or have any other concerns then you should follow government advice.