What is pre-diabetes, and could you have it? 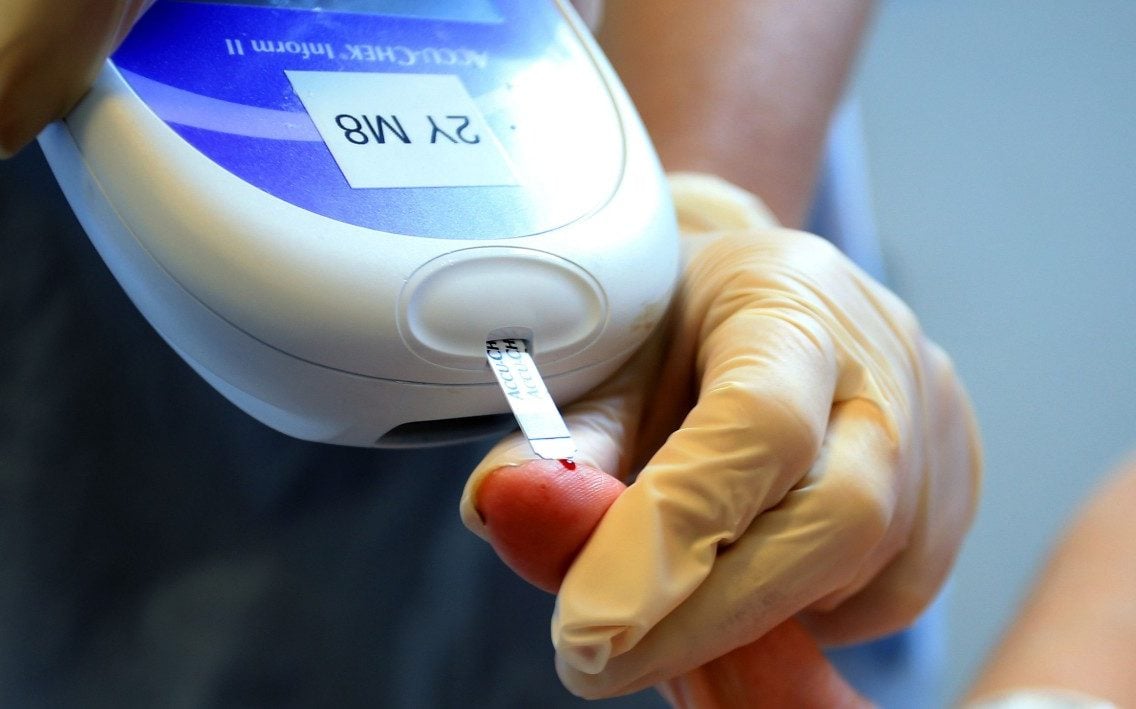 The number of pre-diabetics – people with unhealthily high blood sugar levels who are likely to go on and develop type 2 diabetes – has risen from 1.3million to two million, according to new figures from the NHS.

Pre-diabetics have blood sugar levels above the normal rate, but just below the diabetes threshold, and have a high risk of developing type 2 diabetes within five years.

However, studies show that lifestyle interventions can reduce that risk by 40 to 70 per cent, which means the ticking diabetic time-bomb could be defused through weight loss and lifestyle changes. The figures relate to type 2 diabetes, which is linked to obesity – not type 1 diabetes, which is an autoimmune disease.

What is pre-diabetes, and how do you know whether or not you have it?

“There are currently around 2 million people in the UK with pre-diabetes but very few are aware they have it, let alone realise they’ll probably develop the full-blown disease,” says Dr Michael Mosley, inventor of the 5:2 Diet.

Symptoms of type 2 diabetes include feeling very tired, feeling very thirsty, slow wound healing, getting up in the night to urinate and unexplained weight loss. “But pre-diabetes is a hidden disease and there are generally no symptoms, although you may experience some of the ones above to some degree,” says Dr Mosley. “A friend of mine’s only symptom was a ringing in his ears that saw him visit his GP, where a blood test picked up pre-diabetes.”

A routine blood test is where it’s normally picked up, says Dr Mosley. “The NHS now offers health tests for 40-year-olds, which should cover blood sugar levels. You can ask them to test you anyway, or you can buy a finger-prick blood sugar kit from your local pharmacy for around £14 and that will give you an incredibly accurate reading. And potentially a warning that you’re creeping towards diabetes.”

What you should also be looking out for, says Dr Mosley, is excess stomach fat. “One test I use on patients is this: ‘Is your waist measurement (round your belly button) half your height? Ideally it should be, but if it’s greater that’s also a risk factor for pre-diabetes. If you have a family history of type 2 diabetes or if you’re of Indian or Afro-Caribbean descent you’re also at greater risk.”

The term pre-diabetes was first used two years ago when the NHS started recording cases of ‘non-diabetic hyperglycaemia’. Of the 2 million who now have the condition, 5.6 per cent are under the age of 40, which Dr Mosley thinks is significant.

“Diabetes used to be seen a middle aged and upwards disease, but what these figures show is that it’s increasingly something younger people need to think about. Children are getting fatter and less active, and this carries through into adulthood. And if you become pre-diabetic under 40, the disease tends to be more aggressive. Getting it under 40 is particularly bad, because a lot of the damage of diabetes that puts you at greater risk of heart disease and stroke has already been done and at a younger age.

“This is why the NHS is so keen to spot pre-diabetes sooner and stop it progressing.”

How can you stop the progression to diabetes?

“Lose weight,” says Dr Mosley. “There are several studies that show fasting and rapid weight loss is effective at reversing pre-diabetes and diabetes.”

Mosley’s original 5:2 plan recommended eating 500-600 calories a day twice a week (eating normally on the other five days). But his new regime, The Fast 800, offers several different fasting options. Those on the programme can either eat 800 calories per day for 12 weeks before switching to two days of restricted eating per week. Or the gentler option of fasting two days a week and eating a Mediterranean diet on non-fast days.

He’s also a fan of time restricted eating, which encourages a daily window of eating that’s less than 12 hours. For example, 16:8, where you fast for 16 hours and eat all your meals during an 8 hour window, for example, between 10am and 6pm.

“A large study involving six different counties recently found that an 800 calorie a day diet for eight weeks helps reverse pre-diabetes, with only 3 per cent of the study participants going on to progress to diabetes,” says Mosley. “Normally you’d expect that figure to be at least a quarter.”

If fasting isn’t for you, weight loss in general will help. “Exercise helps a great deal, but losing gut fat is really the key,” says Dr Mosley. “And do it before you go on to develop type 2 diabetes, which has several complications like heart disease, stroke, even amputation. It’s a disease you really want to avoid. But the good news is, it’s amazingly preventable.”

Two thirds of adults in England are currently overweight, however, and the NHS already spends a sixth of its entire hospitals budget treating diabetes.

“Our bulging waistlines mean two million people are now at risk of joining the expanding ranks of those living with largely preventable type 2 diabetes,” says NHS chief executive Sir Simon Stevens of the findings. “The NHS’s highly successful, world-leading diabetes prevention programme is helping hundreds of thousands of people take small common sense steps to get control of their own health.

“But unless many more of us make a change, obesity-related illnesses will end up costing hundreds of thousands more lives and billions of pounds in higher treatment costs.”