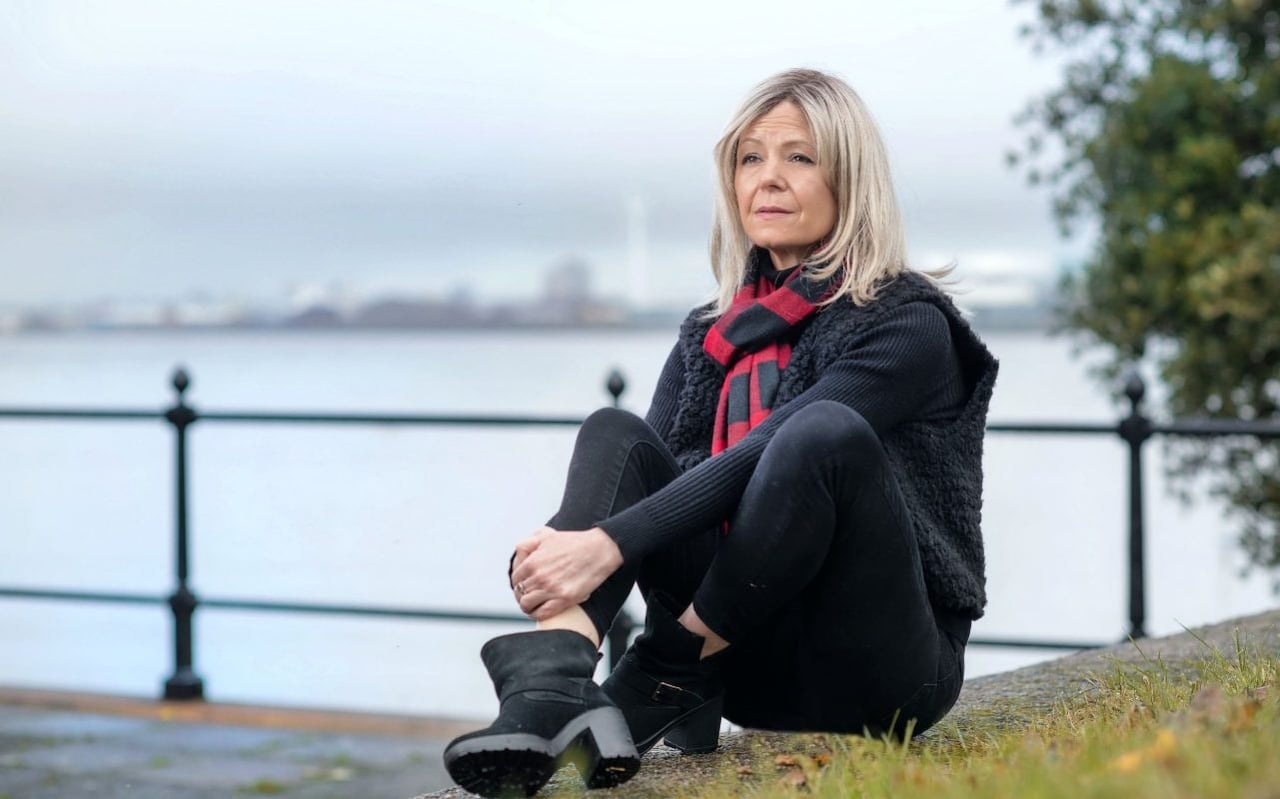 Just before Christmas I was in the shower, and I felt a lump. The doctor thought it was a cyst, but referred me for a mammogram. I thought, “It’s not worth worrying now.” I got the news it was breast cancer on New Year’s Eve. My sister, my partner’s sister, and my two daughters were with me when I got the diagnosis.

I knew before the surgeon said it, because of his tone. He said it’s cancer, stage 2 to 3, but I wasn’t listening. We’ve caught it early, he said, but it was like he was talking in slow motion. I was completely numb. I thought, that’s it. Eighteen years ago, my mum died of cancer, aged 49. I thought, “I’m not going to reach 50.”

The surgeon passed me over to a Macmillan nurse, Jenny. She was a lifeline. When I got home, I couldn’t remember a thing the surgeon said. I was worried about treatment, chemotherapy, losing my hair. But Jenny was brilliant. I could ring her any time. She calmed me, talked me through it, answered every question.

The surgeon thought he could save the breast, but unfortunately his wife got Covid. Thank goodness she pulled through. Another surgeon had to step in. My mastectomy was the last operation before lockdown. I had it in the morning. I woke in agony around midday and was home by 5pm. I was sent home with painkillers and a drain coming out of my body into a bottle. Any concerns, I had to take a photograph and send it to the hospital.

I had to shield, so my daughter, aged 20, who was working, moved out, and my boyfriend moved in. We thought lockdown would only be two weeks. I felt guilty, because my daughter couldn’t come home. My sister couldn’t visit because she works with vulnerable people. Normally I’d be at hers, having a glass of wine.

My dad was traumatised – he thought he was going to lose his daughter. My partner was great – he drove me to hospital to get my drain removed – but there are times when you want a girl with you. I haven’t hugged my sister or daughters since March. I’ve got two grandsons as well. Before Covid they’d stay over every other Saturday. It was like my family was just cut off.

I converted the box room into a gym. I baked. I did the Macmillan 5K 10-day challenge to raise money. But there were loads of times I just wanted a hug. Or to sit at a table and eat with my family. It’s the closeness, all gone.

Starting chemo was scary. I went in on my own. I couldn’t have the cold cap – which might have helped me keep my hair – as it makes the treatment an hour and a half longer, and they wanted you in, done, out.

The second week, my hair started coming out in chunks. I phoned my sister, crying. My daughter came to see me on my birthday, in front of the house, and my hair was blowing out in the wind. My partner told me to shave his head – then I shaved mine.

Usually you go to the shop to get a wig, but I chose mine over WhatsApp. I wouldn’t show my partner my bald head – I was mortified – though at night I wore a chemo cap, and if it came off while I was asleep, he’d put it back on. He only told me that the other day. As everything shut down, I had no physiotherapy, just an exercise sheet. It’s no one’s fault, but I’m suffering for it now. If I reach for the plates in the cupboard, it feels like something might snap.

The day I ended my radiotherapy, I thought “soon I’ll have my daughter home.” I’ve decorated her room. A day later we were back in Tier 3. It’s been difficult. But even though we couldn’t do it as a family, I’m so proud that we all got through it and we’re out the other end.

Macmillan Cancer Support is one of four charities supported by this year’s Telegraph Christmas Charity Appeal. The others are Refuge, Carers UK, and Cruse Bereavement Care. To make a donation, please visit telegraph.co.uk/appeal or call 0151 284 1927