Why the Swedish experiment could prove Britain wrong 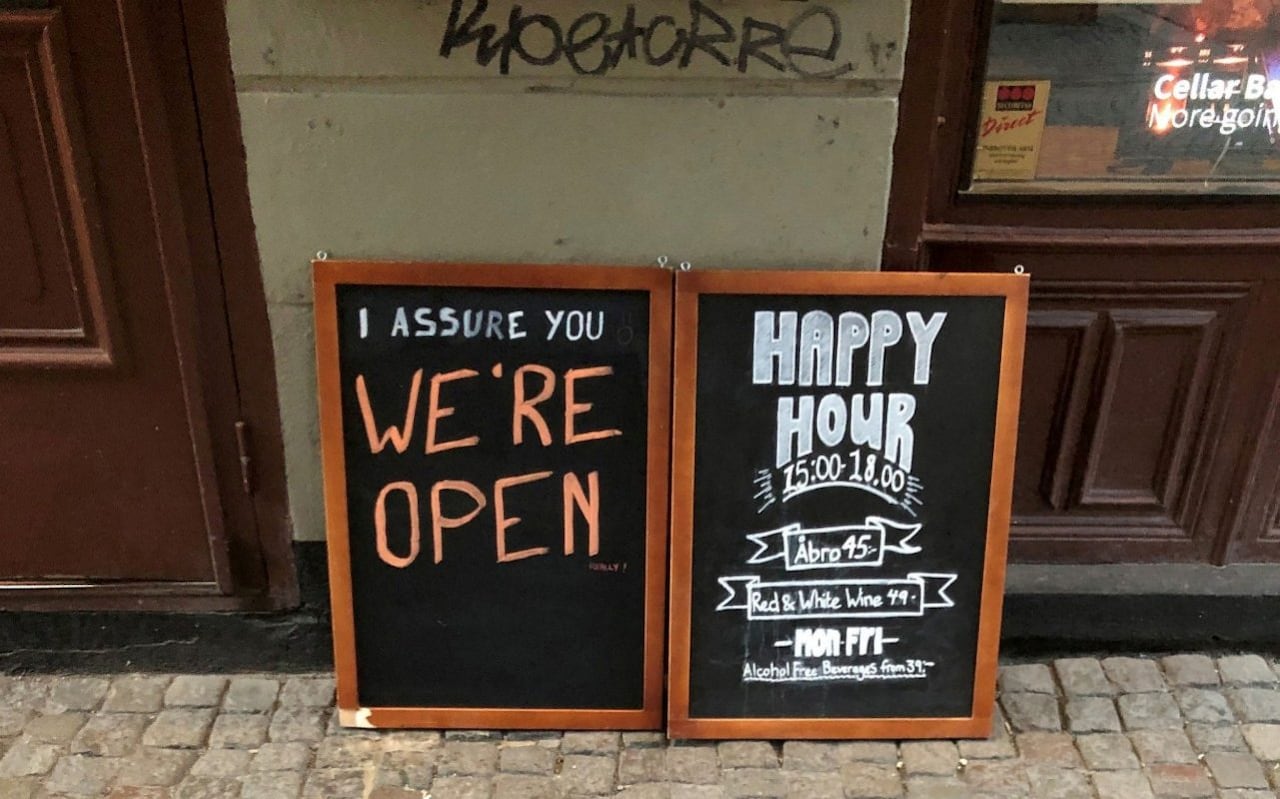 In Sweden, an interesting experiment is playing out, which may soon reveal that Britain is way off when it comes to modelling the number of coronavirus patients who will end up in intensive care.

The country has bucked the near-global lockdown trend, choosing to allow schools, businesses and sports venues to remain open and relying on the good sense of its citizens to control the virus through social distancing and maintaining good hygiene.

But the country has chosen this path largely because its prediction of how its health service will cope is vastly different from the trajectory that British modellers have forecast.

The vast ramping up of intensive care beds in the UK in recent weeks was driven by modelling from Imperial College, which suggested up to 30 per cent of people who are hospitalised for coronavirus will need intensive care.

Amid fears that the NHS would not be able to cope, Britain was placed in lockdown to give the health service time to reach capacity.

In contrast, the Swedes believe hospitalisations will be somewhere closer to five per cent and so have been cautious about extending their ICU capacity.

Unlike Britain, Sweden is far more transparent about releasing data, so information on whether it has made the right calculation will soon be available.

So far in Britain around nine per cent of patients testing positive for coronavirus in hospital have died, suggesting that at least that proportion of patients needed intensive care treatment.

Many more will have recovered after being in ITU, so the figure could well turn out to be higher than Sweden is predicting, placing it in an unprepared position.

The country has recently started building a military field hospital near Stockholm with 600 extra beds, but it will have just 10 intensive care beds to start with, an indicator that the government is not expecting a surge of very sick patients.

The country believes it will see the biggest need for intensive care beds at the end of May, estimating that 500 to 1,000 patients will require intensive care.

Yet despite having the lowest number of hospital beds per thousand in Europe, it is confident it will cope.

The state epidemiologist who is staking his reputation on the strategy is Anders Tegnell (below), who has been scathing of the initial Imperial modelling that set Britain on the path to lockdown.

“It might be right, but it might also be terribly wrong,” he said. “In Sweden, we are a bit surprised that it’s had such an impact.”

The former state epidemiologist, Prof Emeritus Johan Giesecke, is in agreement with Mr Tegnell, stating recently in an article for the daily newspaper Svenska Dagbladet: “The lack of reliable knowledge explains why countries choose to do things differently: nobody knows what really works, and they choose measures either on the basis of shaky data or for political reasons.

“All models require that you enter numeric values for different parameters – values that we often miss and must estimate or guess.”

Crucially, Mr Tegnell is releasing all the data on a daily basis so that it will soon become apparent how well Sweden is doing compared to elsewhere and give a stark indication of whether Imperial modelling is mirrored in real-world data.

Sweden is believed to be a couple of weeks behind Britain, having recorded around 6,000 cases and 333 deaths – 10 times fewer that the UK – but experts there are not expecting a big peak, or much more demand than usual.

Although the country has not explicitly said it is attempting to build herd immunity, it wants to slow the virus to a manageable pace.

Mr Tegnell has said it is inevitable the disease will sweep through a large proportion of the population, and allowing it to do so could prevent a surge in demand, which could cripple their health services.

The strategy is not without its critics, and some 2,000 scientists and researchers have signed an open letter criticising Sweden’s Public Health Agency.

Sten Linnarsson, Professor in Molecular Systemic Biology at the world-renowned Karolinska Institute, has branded the plan “embarrassing”, while others have called it a cynical ploy to reach herd immunity at the cost of thousands of lives.

But public health officials have one more trick up their sleeves to dampen down the fears over the virus. The country is also about to start releasing figures that show how many people died “from” coronavirus rather than died “with” coronavirus, as the British statistics show.

Professor Neil Ferguson of Imperial College, has told the UK Government’s Science Technology and Health Committee that up to two thirds of deaths of people with coronavirus would probably have happened this year anyway.

So it will be interesting to find out just how many can actually be attributed to the virus, a figure that Britain is unlikely to find out before annual mortality figures are released early next year.

The Swedes believe that changing how the figures are reported will cut the number of people dying from coronavirus by as much as four fifths, and slash the death rate to well below 1 per cent, perhaps even lower than seasonal flu.

The transparency of the data coming out of Sweden is also giving a better indication of how the virus is playing out in a European population, rather than relying on modelling and estimates coming out of China.

So far it appears that men account for the vast majority of intensive care cases, with women making up just 24 per cent of those infected.

Likewise, of those needing intensive care, some 76 per cent had underlying health conditions, with high blood pressure being the biggest risk factor.

In Britain, it could end up being even higher. Just 6 per cent of people who died on Friday, 3 April had no reported health problems.

Whatever happens, within weeks it will become apparent whether Sweden’s gamble has been a triumph of common sense or a catastrophic and deadly mistake.

And the results of the experiment will be felt throughout the world. If public health officials do manage to flatten the curve it will make it far more difficult for the UK to continue imposing a lockdown that is devastating the economy.

Likewise, if deaths surge, it will give governments the ammunition they need to keep restrictions in place for longer, perhaps even until a vaccine or treatment is available.