why this was a disaster ten years in the making 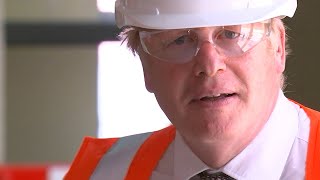 Nick Davies, programme director at the Institute of Government, agreed PHE’s duties may be too broad. “I guess there are reasonable ­questions about whether campaigns to reduce smoking should sit with infectious disease control,” he said.

Whitehall will be delighted if reform is limited to the splitting of PHE. As Mr Davies said, it was the Cameron government that “bundled” it up with the Health Protection Agency in 2012, against the advice of civil servants.

Mr Davies said it was “a nonsense” to say PHE was beyond the control of ministers. As an executive agency of the DHSC, it has “direct accountability to Matt Hancock,” he said.

“I think it’s fair to say the crisis hasn’t exactly been a good advert for what happens for services directly under government control.”

“If you look at, for example, NHS test and trace – directly under the control of ministers – that’s clearly been a bit of a disaster.”

Michael Gove is another key player in the bid to reform Whitehall. As ­Education Secretary, he and his then aide, Dominic Cummings, took on the education establishment and scrapped continuous assessment in almost all GCSE and A-level courses.

Now Cabinet Office minister, he has recently made clear he aims to tackle “group think” in Whitehall.

Britain had a first-class influenza pandemic strategy – second in the world after the US for its preparedness – and would have performed well had it been another Spanish flu, so the argument goes.